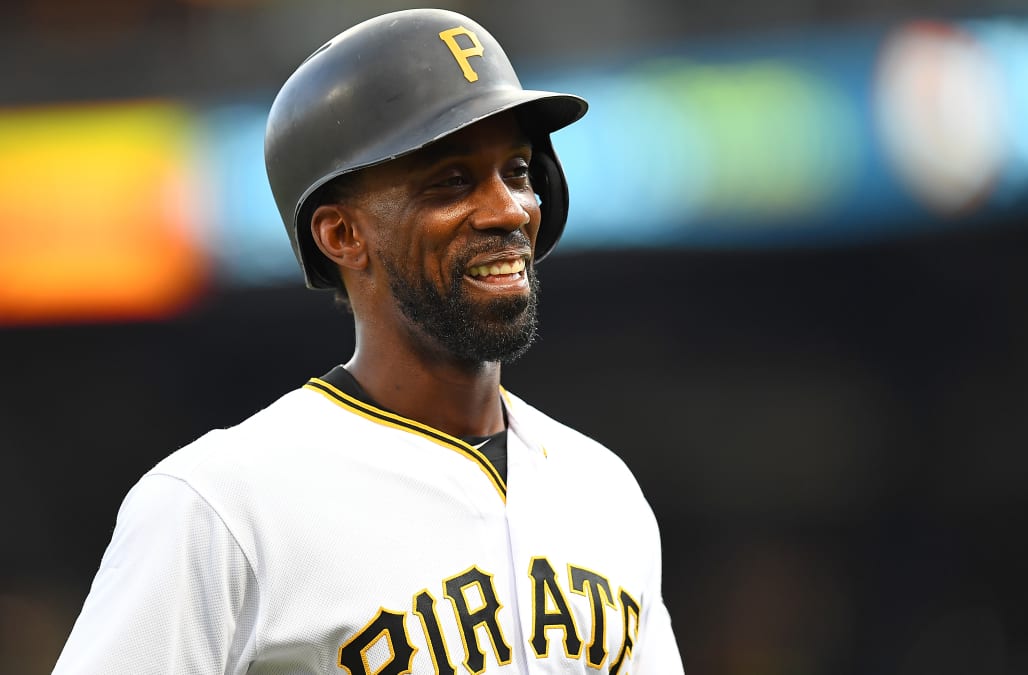 It may be the middle of summer, but the hot stove is gathering steam nonetheless. The MLB trade deadline lies just around the corner, and with it will come the kind of chaos that's usually found only during the earliest days of the offseason.

This year's non-waiver deadline is set for July 31 at 4 p.m.

Some teams have already been identified as trade-deadline sellers, and others should come out of the woodwork over the next two weeks. No matter what, we're sure to see at least a few big names get traded, just as Jose Quintana was earlier this week.

Below is a breakdown of 20 players who could be on the move before July 31, as well as some key stats and potential landing spots (all statistics are through the All-Star break).

Key info: One of many participants in MLB's uppercut revolution, Alonso reached the 10-home run plateau for the first time in his career back in May and has been solid, if not spectacular, since then. He can slot into any lineup as a first baseman or DH, and the Twins have received merely average production from both positions this year.

Key info: In a perfect world, the Giants would probably keep Belt -- he's under team control through 2021, and at a reasonable salary to boot. But with a woeful record of 34-56, GM Brian Sabean needs to build a new core before his team can return to the postseason. The Yankees are ahead of their rebuilding schedule, and they need help at first base right now.

Key info: This veteran slugger is on pace for the best numbers of his career, but with just one year remaining on his contract, the hopeless Mets won't have much use for him down the stretch. Bruce has a partial no-trade clause that allows him to block deals to eight teams, but the Rockies -- who continue to give far too many at bats to Carlos Gonzalez -- aren't among them.

Key info: After spending last season as a reliever with the championship-winning Cubs, Cahill has reestablished himself as a legitimate starting pitcher in San Diego. He was injured for a good chunk of the spring, but a thin pitching market means his services should be in demand anyway. Things are starting to get hairy in the Astros rotation, and Cahill would make a great insurance policy.

Key info: After spending last season as a reliever with the championship-winning Cubs, Cahill has reestablished himself as a legitimate starting pitcher in San Diego. He was injured for a good chunk of the spring, but a thin pitching market means his services should be in demand anyway. Things are starting to get hairy in the Astros rotation, and Cahill would make a great insurance policy.

Key info: Duda is one of the more injury-prone players in the league, but potential buyers only need him to hold up through the end of the season -- after that, his contract expires. The Yankees have struggled to find a permanent solution at first base all year long, so the Mets should consider shipping him crosstown.

Key info: Signed in January as a reclamation project, Feldman could actually net a nice return for the Reds this month. With 86 strikeouts to 33 walks and a 4.26 FIP, his peripherals aren't anything to get excited about, but he can still provide veteran innings for a contending team. The Brewers fit the bill.

Key info: Gray went from being a Cy Young Award contender at 25 to one of the game's biggest busts at 26. Now, at 27, his future is as cloudy as that of anyone in baseball, but with a league-average performance in 2017 and two years of team control remaining beyond this one, somebody will bite. The Twins are said to be on the prowl for controllable pitching, and Gray would provide an immediate upgrade to their rotation.

Key info: Fresh off of the first All-Star nod of his career, Hand has been one of the few bright spots for an abysmal Padres team. The Minnesota native leads the club in WAR and has shown electrifying stuff, topping 11 strikeouts per inning for the second straight season. The Nationals have gotten this far without a single reliable lefty in their bullpen, but they'll need one for the playoffs.

Key info: Happ is under contract through next season, so the Blue Jays could conceivably hold on to him, retool over the winter and decide his fate in 2018. But this year's thin pitching market could mean he'd net an especially attractive return right now, especially from a pitching-starved team like the Rockies or Angels.

Key info: After appearing in just 156 games between 2015 and 2016, Lowrie is having his healthiest and most productive season in ages. He's been especially impressive since May 18, sporting an .845 OPS between then and the All-Star break. The Rays could use another option in their infield, especially with incumbent second baseman Brad Miller batting .209.

Key info: It was three years ago that Martinez successfully resurrected his career in the Motor City, but he'll likely be playing for a new batch of fans as he finishes out his contract year. A terrific all-around hitter, his power and on-base skills will make him a popular man as the deadline nears, but his value is limited by poor fielding. If Detroit is willing to trade within its division, the Royals need another bat.

Key info: It feels like this longtime Pirate has been the subject of trade rumors for an eternity, but it's really been more like a year. This was supposed to be the season where McCutchen would move to left field and continue his decline, but instead, he's played almost all of his games in center and slashed an absurd .403/.497/.729 since May 26. There will be significant interest if the Pirates decide to sell, but he'll require a big return.

Key info: Neshek has been one of the lone productive players on a horrible Phillies team, and he'll be rewarded with a trade to a contender. The sinkerballer might not fit the profile of your typical lights-out setup man, but his veteran experience could be tremendously useful to a young team like the Brewers.

Key info: Phelps broke into the big leagues as a starter back in 2012, but he's found his niche doing bullpen duty for Miami. He's posted a 2.76 ERA since the start of 2016, throwing over 130 innings in just 105 games. The Dodgers love their pitching depth, and Phelps' stamina would certainly come in handy as we come down to the wire.

Key info: A veteran hitter and pleasant clubhouse presence, Prado should draw a bit of interest from contenders. The Marlins would have to eat some of his significant salary to get a deal done, but with two more years remaining on his contract, biting the bullet could be worth it. This has been a poor year for Prado, but he'd still be a big upgrade over the Red Sox's current situation at the hot corner.

Key info: This is Ramos' third season as the Marlins closer, but with his ERA up by almost a full run from last year and just one year of team control remaining after 2017, it might be time to cut bait. He still strikes hitters out at an enviable clip, and the Rockies could use another flamethrower to set the stage for closer Greg Holland.

Key info: Acquired at the 2015 trade deadline, Reed has been arguably the Mets' steadiest pitcher over the last two years. The California native is effective against both righties and lefties and has experience closing, making him one of the most versatile relievers on the market. There are a number of teams that would benefit from his services, including the Twins.

Key info: It's not like Robertson has been bad during his time with the White Sox -- it's just that big name closers aren't very useful to teams that go 192-219 over two-and-a-half years. The South Siders will be looking for some sort of return on their poor investment, and the Nationals, with their dysfunctional bullpen, look like a natural fit.

Key info: It's been a disappointing year for Detroit, but this southpaw is having the best season of his career. Because Wilson is locked up at a reasonable cost through 2018, Tigers GM Al Avila should be able to flip him for a solid prospect or two. Several teams could benefit from adding another lefty to the bullpen, but none more than the Nationals.

Now check out the athletes who dazzled on the ESPYs red carpet.

The best-dressed athletes and celebrities at the 2017 ESPYs