by KEN DILANIAN and NATASHA LEBEDEVA 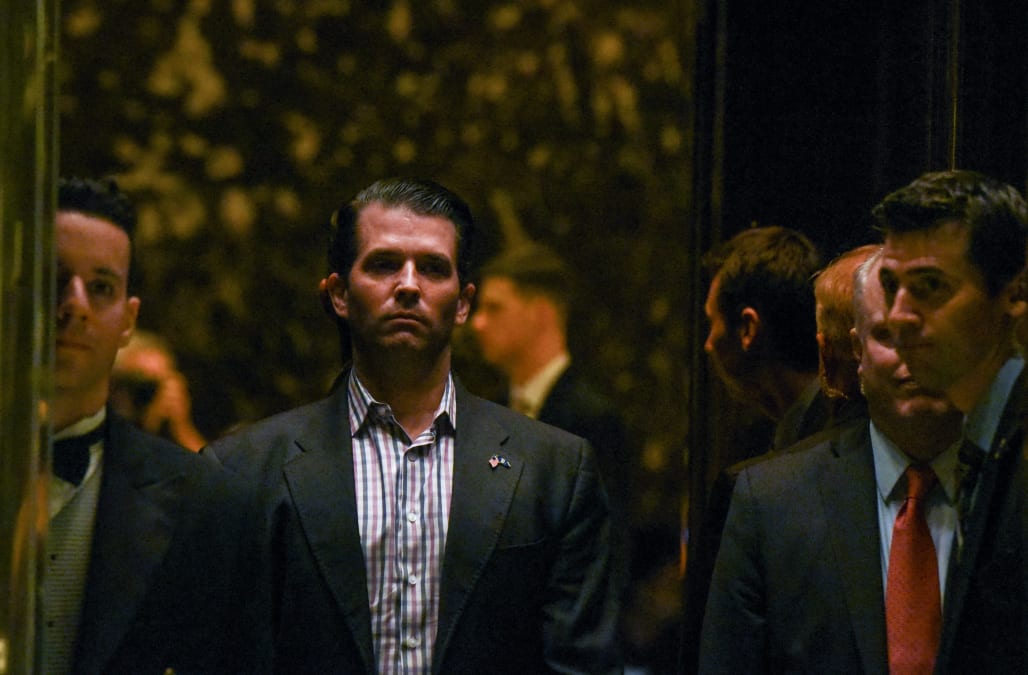 WASHINGTON — The Russian lawyer who met with the Trump team after a promise of compromising material on Hillary Clinton was accompanied by a Russian-American lobbyist — a former Soviet counter intelligence officer who is suspected by some U.S. officials of having ongoing ties to Russian intelligence, NBC News has learned.

NBC News is not naming the lobbyist, who denies any current ties to Russian spy agencies. He accompanied the lawyer, Natalia Veselnitskaya, to the June 2016 meeting at Trump Tower attended by Donald Trump Jr., Jared Kushner and Paul Manafort.

The Russian-born American lobbyist served in the Soviet military and emigrated to the U.S., where he holds dual citizenship.

Veselnitskaya acknowledged to NBC News that she was accompanied by at least one other man, though she declined to identify him.

The presence at the meeting of a Russian-American with suspected intelligence ties is likely to be of interest to special counsel Robert Mueller and the House and Senate panels investigating the Russian election interference campaign.

Related: What's Next in the Trump-Russia Saga? Here's What We Know Now

Contacted by NBC News, representatives for Kushner and Manafort declined to comment. A lawyer for Trump Jr. did not respond to multiple requests for comment. Veselnitskaya, in an exclusive interview with NBC News, denied having any connection to the Kremlin and insisted the meeting was to discuss sanctions, not the presidential campaign.

The meeting was arranged between Trump Jr. and music publicist Rob Goldstone, who has ties to Russia. In an email exchange released by Trump Jr., the president's eldest son wrote "I love it" when told about possibly getting his hands on material potentially damaging to the Clinton campaign.

Goldstone told Trump Jr. that the meeting would be with a "Russian government attorney" and that the information was "part of Russia and its government's support for Mr. Trump." Trump Jr. responded enthusiastically, "If it's what you say I love it especially later in the summer."

Trump Jr. said after releasing the emails that, "in retrospect, I probably would have done things a little differently."

President Trump has defended his son's decision to meet with Veselnitskaya, saying "most people would have taken that meeting."

"My son is a wonderful young man. He took a meeting with a Russian lawyer, not a government lawyer but a Russian lawyer," Trump said Thursday in a joint press conference in Paris with French President Emmanuel Macron. "From a practical standpoint most people would have taken that meeting. It's called opposition research or research into your opponent."