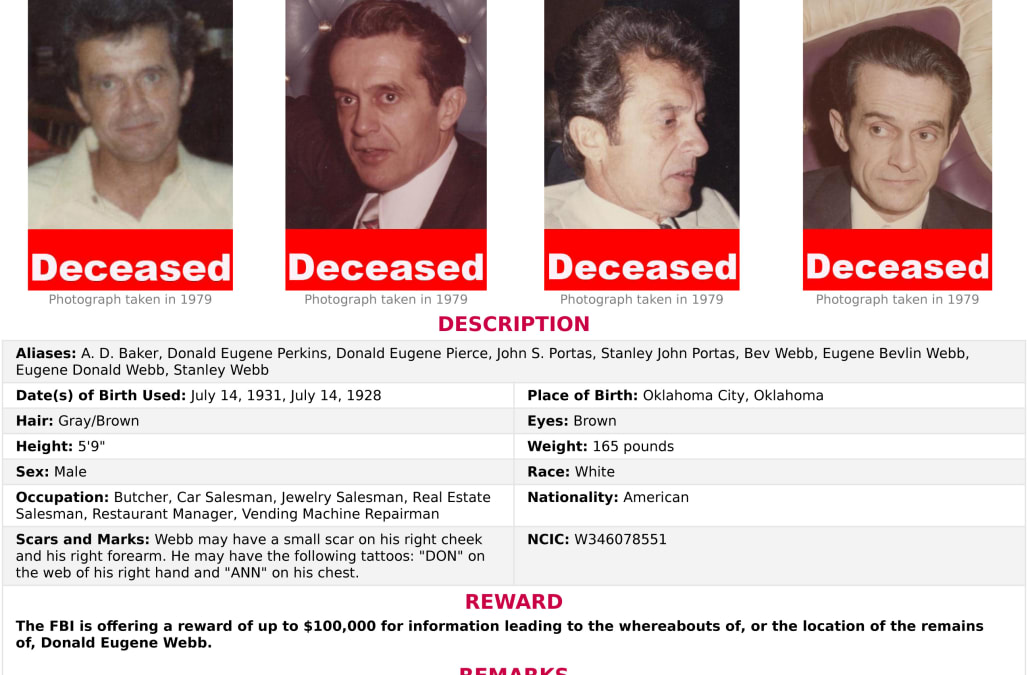 BOSTON (Reuters) - The remains of a longtime fugitive wanted in the 1980 slaying of a Pennsylvania police chief were recovered from the back of the Massachusetts home of his former wife, U.S. authorities said on Friday.

Webb's remains were found buried in the back of a property in North Dartmouth, Massachusetts, the agency said. State police had obtained a search warrant as part of a separate gambling investigation, prosecutors said. 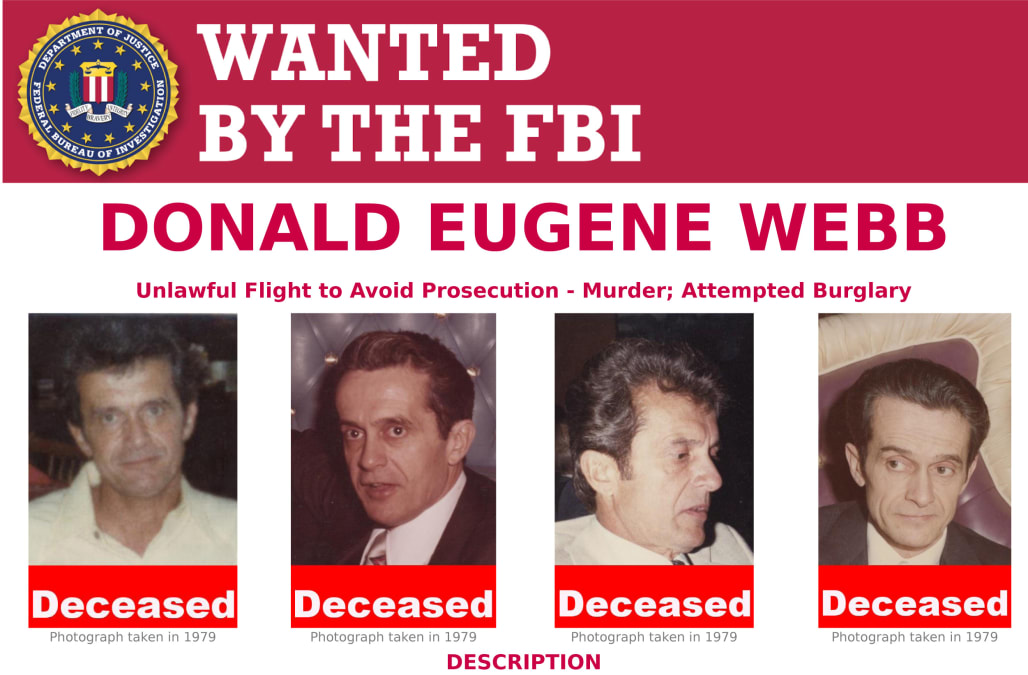 Webb had been sought in connection with the murder of Saxonburg, Pennsylvania, Police Chief Greg Adams, who the FBI said was shot twice at close range and beaten about the head and face with a blunt instrument in December 1980.

Webb, who would have marked his 86th birthday on Friday if he were still alive, had been charged with unlawful flight to avoid prosecution and a federal warrant was issued for his arrest.

Pittsburgh television station WTAE quoted Thomas King, a lawyer for Adams' widow, as saying he was told by prosecutors that Webb's former wife had told authorities about the remains in exchange for immunity.

The FBI said Webb was a career criminal who specialized in jewelry store burglaries and was known to be a "a lover of dogs, a flashy dresser and a big tipper."

The agency added Webb to its "Ten Most Wanted" list in May 1981, and he remained on it until March 2007. The FBI said it had notified Adams' family of the discovery of Webb's remains.

"Although it's unfortunate Mr. Webb will never be brought to justice to pay for his crimes, we're hopeful the (Adams) family can find some closure in knowing that this alleged murderer has been located," Harold Shaw, the FBI's special agent in charge in Boston, said in a statement.

(Reporting by Nate Raymond in Boston; Editing by Scott Malone and Bill Trott)