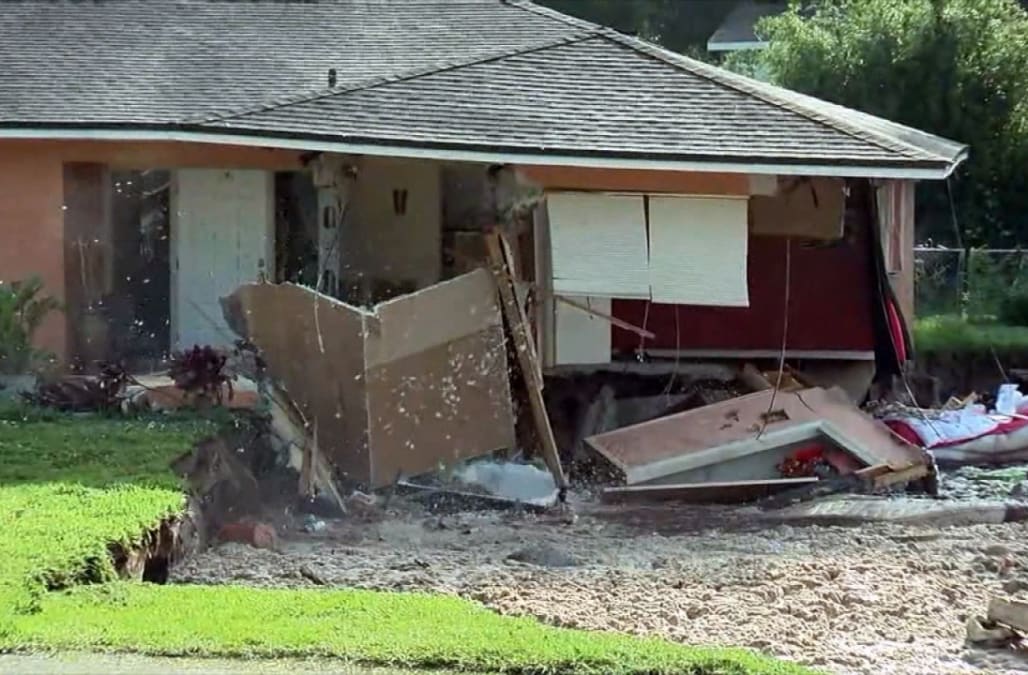 A giant sinkhole in Florida is growing larger by the second after swallowing two homes Friday.

Read: These Monstrous Sinkholes Have Swallowed Cars, Yards and Even People

The Ramirez family had just moments to flee when they heard the walls cracking in their home in Land O' Lakes Friday morning. They could do nothing but watch as the sinkhole consumed their house.

The entire town has since been evacuated.

Authorities say about 100 homes are without power and it is not yet known when electricity will be restored.

The sinkhole currently measures 200 feet wide but could grow.

"It is emotional, what can you say? You wouldn't wish this on anyone," the family matriarch told reporters Friday afternoon.

Read: Woman Watches in Horror as Man, 60, is Swallowed By a Massive Sinkhole

Citizens impacted by sinkhole who need help can reach out to @RedCross, @SalArmyEDS, and #PascoCounty Human Services at 727.847.2411.

This is still an active situation! Please avoid the area! #PascoSinkholepic.twitter.com/cfGIW7QgWB

The next briefing on #PascoSinkhole will be at 3PM and will include Sheriff Nocco pic.twitter.com/UVRwMxYBrP

The #PascoSinkHole continues to grow. NO ONE WILL BE ALLOWED TO ACCESS THE AREA WITHIUT PROOF OF ADDRESS! Deputies will turn you away. pic.twitter.com/NiUIsucGjE

Another angle of the sinkhole growing pic.twitter.com/DizBds4u4i

Watch: Longtime Sheriff's Deputy Dies After Her Car Plunges Into Sinkhole: 'We Are Heartbroken'