Family says their mother was buried in wrong plot at cemetery 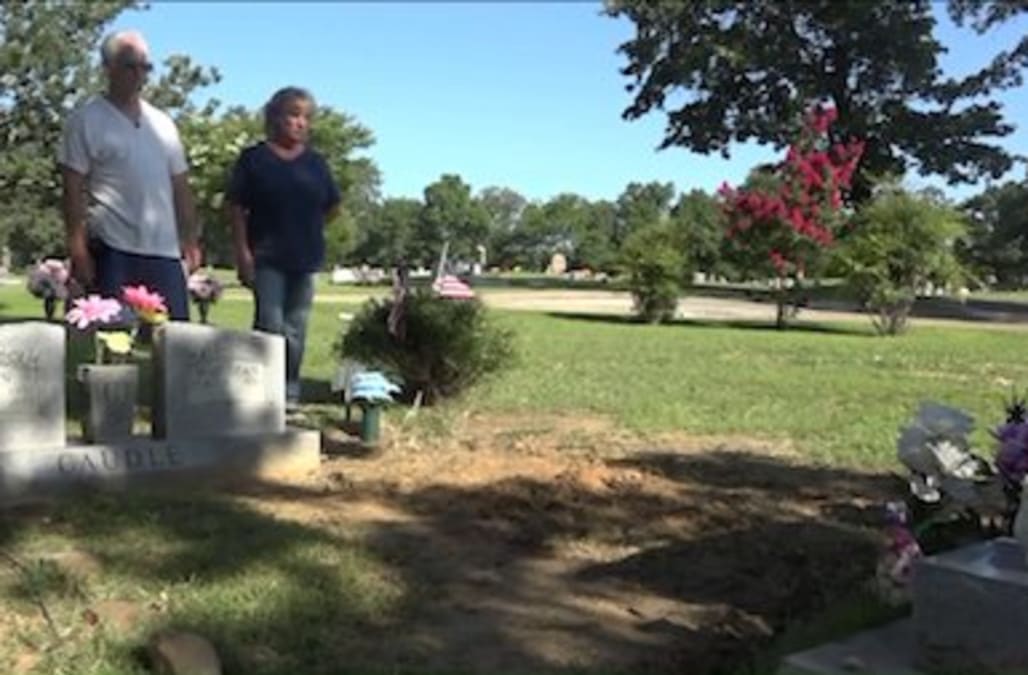 VIAN (KFSM) -- The Caudle family said 20 years ago they marked off several burial plots at the Garden of Memories Cemetery just outside of Vian.

Family members said they buried their brother Arlin Caudle in 1995. The headstone next to Caudle is marked with the name May Dean. At the time she had not passed away and the family said that spot was reserved for her. May Dean passed away in June. The family said as they showed up at the cemetery to bury their mother, they expected a hole to be dug in front of her headstone. It was not. A hole was dug a foot or so above and next to her headstone.

"They approved for the headstone to be set. If they couldn't get a tape measure out that was their ignorance," said family member Carlin Caudle.

According to family members, two years ago they approached Smith because another headstone was placed too close and at the bottom of where their mother would be buried. The family said Smith denied the conversation.

Smith would not do an on camera interview but did say "It happens," when asked what happened in estimating their mother's plot. Smith said he felt like he was attacked verbally by the family in June. He did say he knew there was not eight feet between the graves and only seven, but he approved county workers to dig the hole the day May Dean was buried. Smith said they usually leave eight to 10 feet in between the graves.

Smith said the cemetery is currently operated by four volunteer board members. Smith is 80-years-old and said he has volunteered in the position for more than 30 years. He said it's free to be buried at the cemetery except for a $100 fee the family is asked to pay for dirt work. He said because there is no contract or paid for plots, families can place their headstones in any direction they choose. He also said there is no land survey for plots and family members choose where they want their plots to be. Smith said they can do this by using spray paint, bricks or markers bought from funeral homes.

The board member said what happens next is out of his control.

The Caudle family said it's not right to be ignored or dismissed and their loved one is not in the final resting place they were promised.

"They had to seal her casket inside of the hearse and none of us got to see her before she was buried. I told her 'Momma, I love you. I'm sorry for all of the commotion that was going on," Carlin Caudle said. "Today should have been a peaceful day but it wasn't. It was because of this situation that the cemetery doesn't want to remedy."