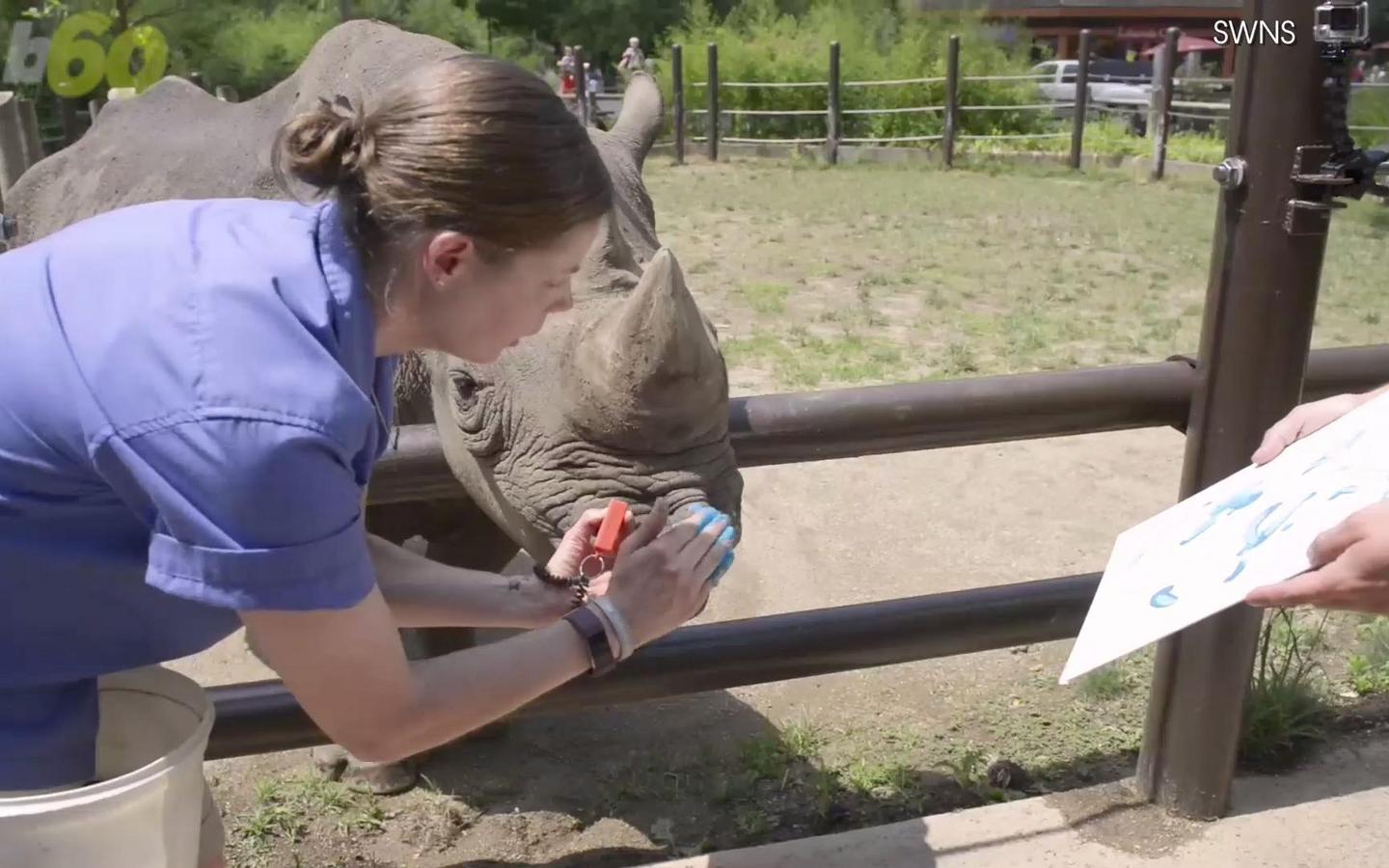 A child's fingerpainting can't be sold for lots of money, but abstract art done by a black endangered rhino can apparently raise thousands.

Rosie is a 27-year-old rhino who started painting in 2009 but, 8 years later, her skill has improved and the paintings have started selling for big bucks.

As a resident of the Columbus Zoo, she has been working hard with her trainers on her skill, which involves paint being applied to her upper lip which she then uses as a paintbrush.

Curator Adam Felts believes Rosie has fun with the painting, saying: "Rosie as a rhino is very laid back and she enjoys interaction with keepers."

That's pretty impressive and what's great for Rosie is that the money is donated to the American Association of Zookeepers to help black rhinos such as herself.

More from AOL.com:
Trump's chief strategist Bannon once had painting of himself dressed as Napoleon in his office
Mugshot of man covered in gold paint and glitter goes viral
Fans honor iconic painter Frida Kahlo