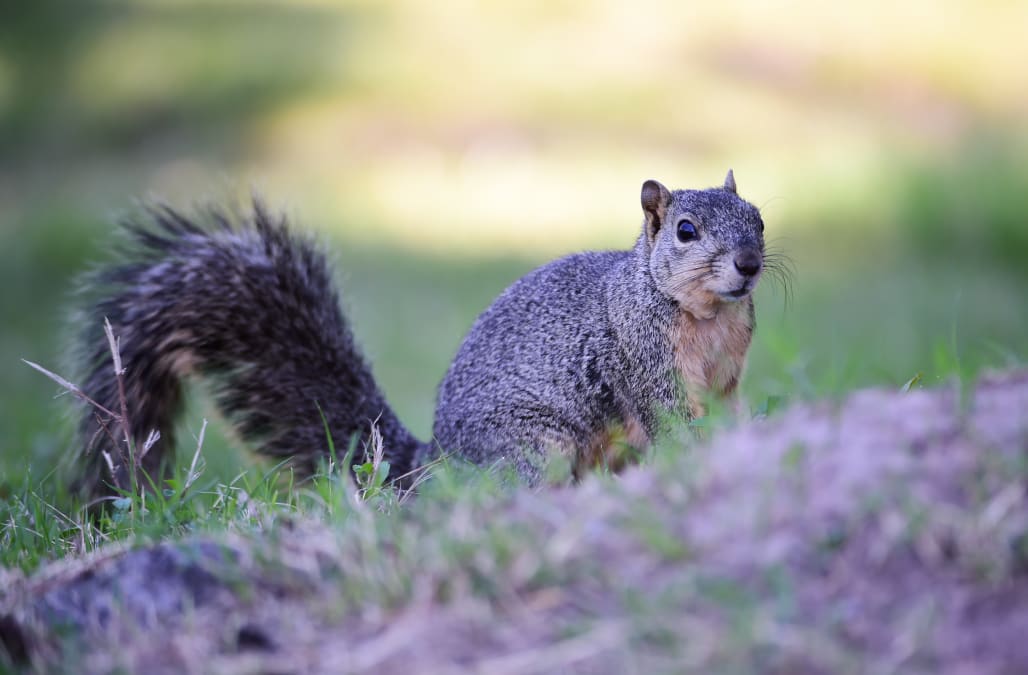 The early bird gets the worm, and the early squirrel gets the... home? It's not as quippy, but researchers at the University of Guelph found that squirrels born earlier in the year have better survival rates—probably because they have their pick of new real estate while their tardy competitors are still babes in the nest.

"[I]f you are born before your neighbors, you can leave your nest first and find a vacant spot to store your food for the winter," David Fisher, a postdoc and lead author on the paper, said in a statement.

Fisher and his colleagues studied more than 2,600 red squirrels in Yukon, Canada. Between 1989 and 2015, they tagged the ears of newborn pups to track their survival, and measured their growth rates in the first month or so. The results are published in Evolution.

Red squirrel litters are usually born between March and May. The babies usually leave the nest at around 70 days old. One offspring might inherit its mother's territory, but the rest scatter out, looking for new lands to conquer within about 300 feet of where they were born.

Only about 26 percent of the juveniles survive their first winter, the study found—and this largely depended on whether they'd found a vacant place to store their food. A litter's birth date gave them a leg up on the competition, especially in areas where there were a lot of squirrels trying to squish into a small space. Having a higher growth rate also helped, possibly because those pups could leave the nest sooner, or because their size was more intimidating to competitors.

This study not only gives us a chance to share some cute baby squirrel pics with you...

...but according to the authors, it also helps support an idea that ecologists have been arguing about for decades. Multilevel selection theory suggests that evolution doesn't just act on individuals, but also at a group level—because a pack of wolves that's better at working together to bring down a moose would theoretically be more likely to survive and pass on their genes.

Fisher says his study shows that traits of entire litters, like birth date and growth rate, and the effects of other squirrels in the neighborhood (i.e. population density) do indeed affect the survival and fitness of each individual.

It's also interesting that the team managed to observe these effects in a species that tends to live a solitary life—usually these types of studies are done in social animals that live in tight-knit groups. The study supports the case for multilevel selection, and suggests the phenomenon could be more widespread than previously thought.

More from Popular Science:
Finding a sense of purpose probably won't fix your sleep problems
Sea spiders use their guts to pump oxygen through their freaky little bodies
Greenland's ice sheet is full of toxins waiting to break free—and microbes that eat them