Warning: The video below may be disturbing for some.

This snake fought till it could fight no more.

Jill-Scott Mollett posted a video of a still-moving decapitated snake to her Facebook page. In her post, she wrote: "So the girls found a cottonmouth water moccasin today, in our flower bed of all places. We didn't have a knife close to us, so Avery chopped its head off with some tree loppers. The girls' favorite part was when the head kept trying to bite stuff for a few minutes after it was chopped off its body. #CountryLivingAtItsFinest."

In the video, the snake writhes with its mouth agape despite being completely severed from its body.

No one was injured in the extermination of the reptile. The cottonmouth water moccasin is a venomous snake commonly found in southeastern United States. When threatened, these snakes can deliver a potentially fatal bite.

Wildlife removal experts warn against people taking matters into their own hands.

"[Garden implements are] a very crude and rudimentary way of killing a snake, and frankly while in some cases it might be effective, it is certainly not humane and is also a very dangerous way of dealing with the animal," according to experts at Wildlife Removal USA. 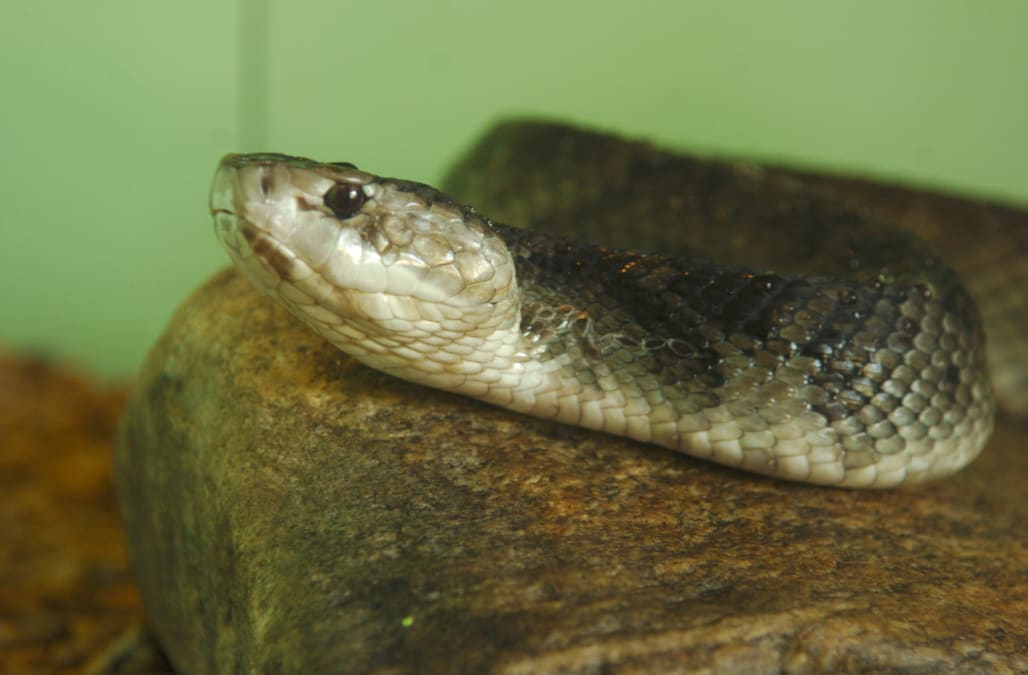 The safest course of action is to call a wildlife removal service that can safely relocate the animal a safe distance away from domestic properties.

If you fear a snake encounter, there are ways to deter snakes from taking refuge on your property.

"Keep your grass short and your gardens maintained," say experts at Wildlife Removal USA. "Do not leave any piles of debris in the lawn. If a snake can hide under it, it will."

Good to know. Now get to trimming.