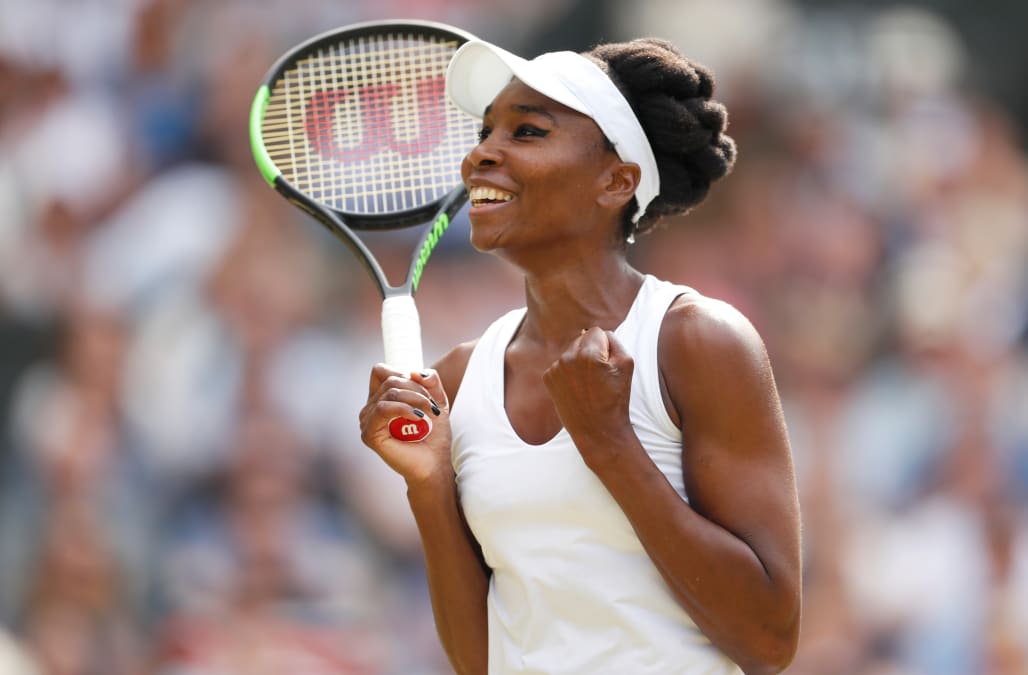 LONDON, July 13 (Reuters) - Five-times champion Venus Williams rolled back the years to reach her first Wimbledon final since 2009 with a clinically-executed 6-4 6-2 victory over home hope Johanna Konta on Thursday.

Konta was looking to become the first British woman to reach the Wimbledon final since Virginia Wade lifted the trophy in 1977, but she was picked off at crucial times by Williams, who claimed the last of her Wimbledon titles nine years ago.

Williams, who will face Garbine Muguruza in Saturday's final, broke in the 10th game to clinch the first set and then turned the screw on her sixth-seeded opponent, breaking twice more to wrap up the match.

Konta saved two match points before Williams crunched a forehand past the Briton and then twirled in celebration on Centre Court. (Reporting by Toby Davis, editing by Pritha Sarkar)

RELATED: Venus Williams through her career