Trump defends son: 'Most people' would have taken meeting with Russian lawyer 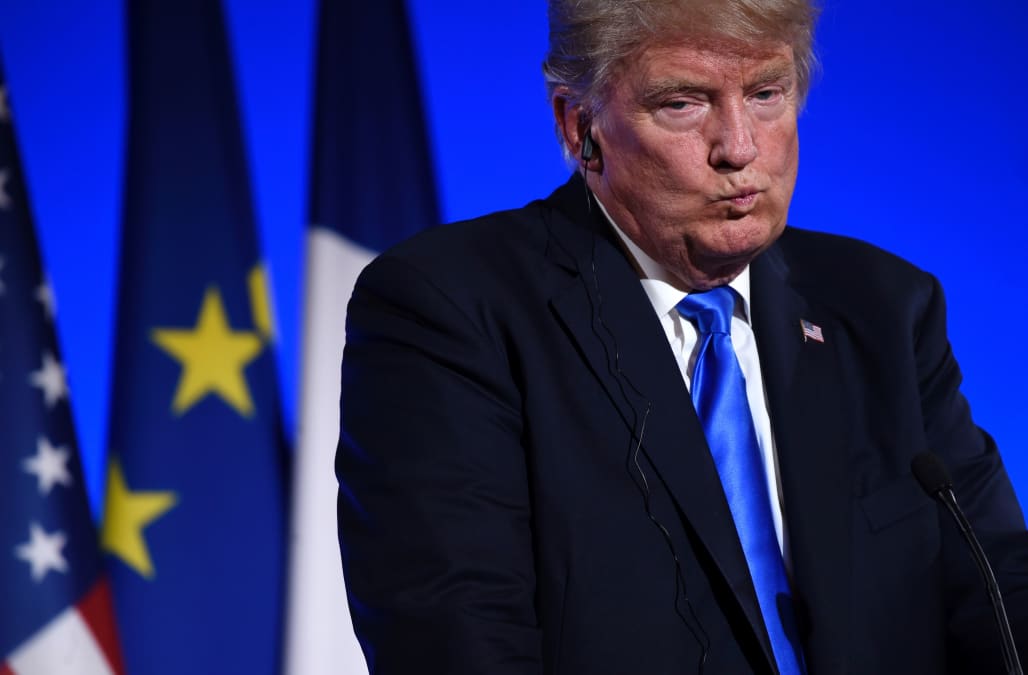 President Trump again on Thursday defended his eldest son, Donald Trump Jr., saying "most people" would have taken the controversial meeting with a Russian lawyer after being promised damaging information on then-campaign opponent Hillary Clinton.

"My son is a wonderful young man. He took a meeting with a Russian lawyer, not a government lawyer, a Russian lawyer. It was a short meeting. It was a meeting that went very quickly, very fast," Trump said during a joint press conference with French President Macron in Paris on Thursday.

"From a practical standpoint, most people would have taken that meeting. It's called opposition research, or even research into your opponent," Trump added.

Click through the top reactions to Trump Jr.'s emails:

The president also said that since entering politics he's been contacted "many" times by people offering him information on his opponents. And according to Trump, this is a standard part of politics.

"Politics is not the nicest business in the world," claim the meeting was "very standard."

Legal experts, however, have argued differently -- claiming Trump Jr.'s actions could even land him in jail. "It is a crime to solicit or accept anything of value from a foreign national in a campaign," said justice and security analyst Matthew Miller.

"He must have known that the only way Russia would get such information was by spying," Painter added, "In the Bush administration we could have had him in custody for questioning by now."

But Trump on Thursday denied that anything came from the controversial meeting between the Trump campaign and Russian lawyer Natalia Veselnitskaya. "Nothing happened from the meeting, zero happened form the meeting."

"Honestly I think the press really made a big deal out of something that really a lot of people would do."