Total solar eclipse is coming and the US has prime seats 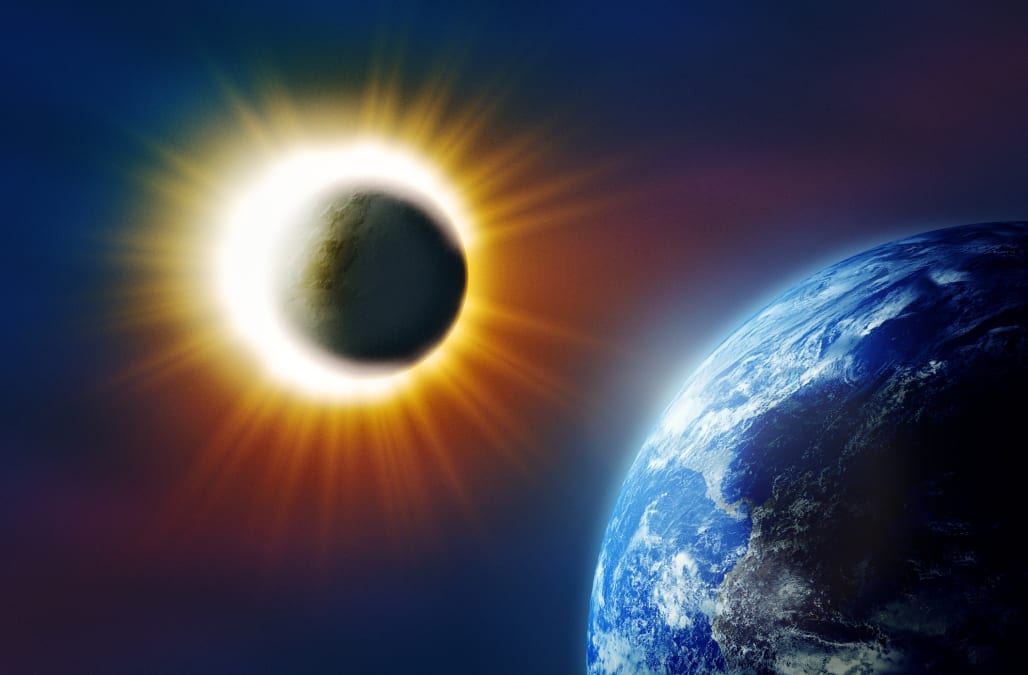 The next total solar eclipse is Aug. 21.

The moon will come between the sun and the earth, completely blocking the sun.

This is pretty rare. The last time a total eclipse could be seen from the contiguous U.S. was in 1979.

SEE MORE: Just How Popular Is August's Total Solar Eclipse Going To Be?

NASA provides insight into 'ocean worlds' in our solar system

This graphic illustrates how Cassini scientists think water interacts with rock at the bottom of the ocean of Saturn's icy moon Enceladus, producing hydrogen gas.

These composite images show a suspected plume of material erupting two years apart from the same location on Jupiter's icy moon Europa. Both plumes, photographed in UV light by Hubble, were seen in silhouette as the moon passed in front of Jupiter.

The green oval highlights the plumes Hubble observed on Europa. The area also corresponds to a warm region on Europa's surface. The map is based on observations by the Galileo spacecraft.

This illustration shows Cassini diving through the Enceladus plume in 2015. New ocean world discoveries from Cassini and Hubble will help inform future exploration and the broader search for life beyond Earth.

The path of the upcoming eclipse starts in Oregon and ends in South Carolina.

Staring directly at the sun is never a good idea. Unless the sun's totally blocked out, always wear eye protection when viewing an eclipse.

After August, the next total solar eclipse in the U.S. can be seen in 2024.

More from Newsy:
Microsoft Lays Off Thousands To Focus On Cloud Services
Oculus Rift Price Drop Could Mean Tough Times Ahead For The VR Set
Congress Could Be Launching A New Branch Of The Military... Into Space