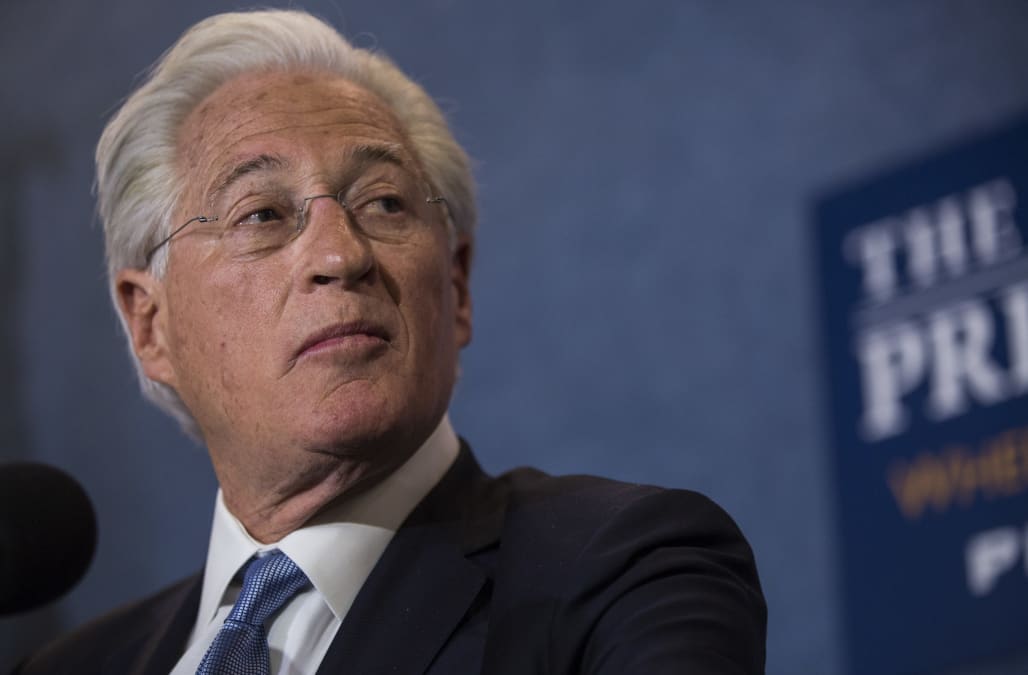 President Trump's personal attorney in the Russia investigation threatened someone through his email Wednesday night.

ProPublica did a story on Trump lawyer Marc Kasowitz.

The story, which reported that Kasowitz was not seeking a security clearance despite the investigation involving a lot of classified information aired on MSNBC's "The Rachel Maddow Show."

Experts said Kasowitz could have trouble getting that clearance because of a recent history with alcohol abuse. His spokesman said several parts of the story were not true.

See reactions of the emails:

Reaction to emails reportedly sent by Trump's lawyer Marc Kasowitz
I'm going to need a new cup of coffee, since the old one just came flying out of my nose. https://t.co/fc0aLoGrUk
Wow. This is the man who's supposed to be protecting the president from legal peril. https://t.co/Ccixh7fvMH
Sit down, Internet, & read the late-night email threats Trump's lawyer sent a total stranger: https://t.co/T09q1ES1iK
Kinda want to call Marc Kasowitz right now.
I sent an e-mail to Marc Kasowitz. I'll let you know if he responds. https://t.co/cEafg6XFHN
Street fighter. https://t.co/yFVbAp6G08
@maddow 14/ So, we just got an update. Here's what a spokesman for Marc Kasowitz says: (Full story, again:… https://t.co/XI1VP1VTem
If these emails are accurate, I don't see how anyone can keep Kasowitz on as a lawyer, incl his most famous client. https://t.co/BpmpVCSQz2
Up Next

After seeing the report on MSNBC, a man sent an email to Kasowitz with the subject line, Resign Now."

Kasowitz sent a series of profanity laced emails to the man including one that said, "I'm on you now. You are f'ing with me now. Let's see you are. Watch your back."

And this one, "I already know where you live, I'm on you. You might as well call me. You will see me. I promise."

The New York Times reported this week that the relationship between the Trump White House and Kasowitz has been strained and he could resign.