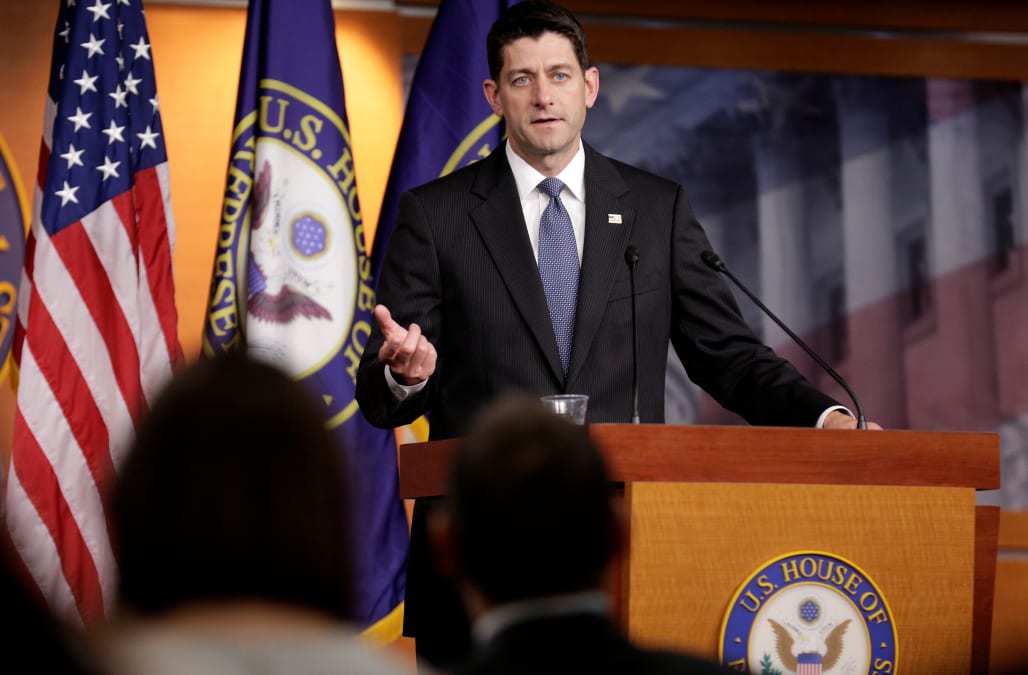 House Speaker Paul Ryan announced Thursday that the House dress code will be "modernized" following recent uproar after several female reporters dressed in sleeveless clothes and open-toed shoes were turned away from the Speaker's lobby, a chamber in the House where reporters often interview congressmembers.

"It came to my attention that there was an issue about dress code," Ryan began with a chuckle during his weekly press conference on Thursday morning.

The speaker defended himself against accusations from some that he was involved in crafting the conservative code.

"The sergeant-at-arms was simply enforcing the same interpretation of the rules as under my predecessors — this is nothing new and certainly not something that I devised," Ryan said.

He argued that "decorum" is important in the House, but that the dress code would be updated to reflect modern "appropriate business attire."

"A dress code in the chamber and in the lobby makes sense," Ryan said. "But we also don't need to bar otherwise accepted contemporary business attire. Look for a change on that soon."

The announcement came the day after Republican Representative Martha McSally denounced the code while speaking on the House floor on Wednesday.

"Before I yield back, I want to point out I'm standing here in my professional attire, which happens to be a sleeveless dress and open-toed shoes," she said.

Several female reporters tweeted in recent days that they were turned away from the House chamber. While the House floor rules, which also require men to wear ties, have long been in place, it seems that they have been enforced more consistently this summer.

Jenna Lifhits, a reporter for the Weekly Standard, attempted to fashion sleeves out of pieces of paper after she was denied entry to the House lobby while wearing her sleeveless dress. She was still not allowed in.

This is real. Fellow female reporters barred from Speaker's lobby for wearing sleeveless dresses while doing their jobs. (It's hot in DC) 🙃 https://t.co/8evY6wQmA8

The reports from the women sparked a backlash on Twitter, where many on the left accused Ryan of crafting the rules, which they deemed sexist.

"Liberal reporters on Capitol Hill threw a fit this week over a 'new' and 'sexist' dress code in the House Speaker's lobby," The Blaze, a right-leaning website, wrote. "There was just one problem with their criticism, the formal, traditional dress code isn't new at all."

Reaction to House of Representatives' dress code
u either die getting kicked out of the speaker's lobby for a sleeveless dress or u live long enough to see it used for bad hot takes
@byrdinator Yes it does. I am menopausal and cannot stand sleeves in the summer. I guess I will stay away from Cong… https://t.co/iweBa365Fm
1. this rule is 100 percent not new. 2. ive seen congressmen be forced to put jackets on before going to the floor. https://t.co/QiYTLMVzJF
Congress literally has a stricter policy on sleeveless tops than they do on possible Russia collusion.
@johniadarola Step 1: No sleeveless attire. Step 2: Only skirts. Step 3: https://t.co/Tsx5uksOys
Ummmm... has no one ever had a job where they were required to wear professional attire? https://t.co/ORd9BP6jXM
Right to bear arms ✔️ Right to bare arms ✖️ https://t.co/hswWBisLzy
Solution: wear an elaborate witch's cloak over your sleeveless shirt. https://t.co/htMOZZJ6pJ
Women can't bare their shoulders near the entrance to the House floor. What is this, 1890? https://t.co/DjdHH6TCAa
ok "conservatives" where is your outrage that @FLOTUS wore a sleeveless dress? I'll be waiting. #MoreHypocrisy
Up Next