Former US President Carter under observation after becoming dehydrated 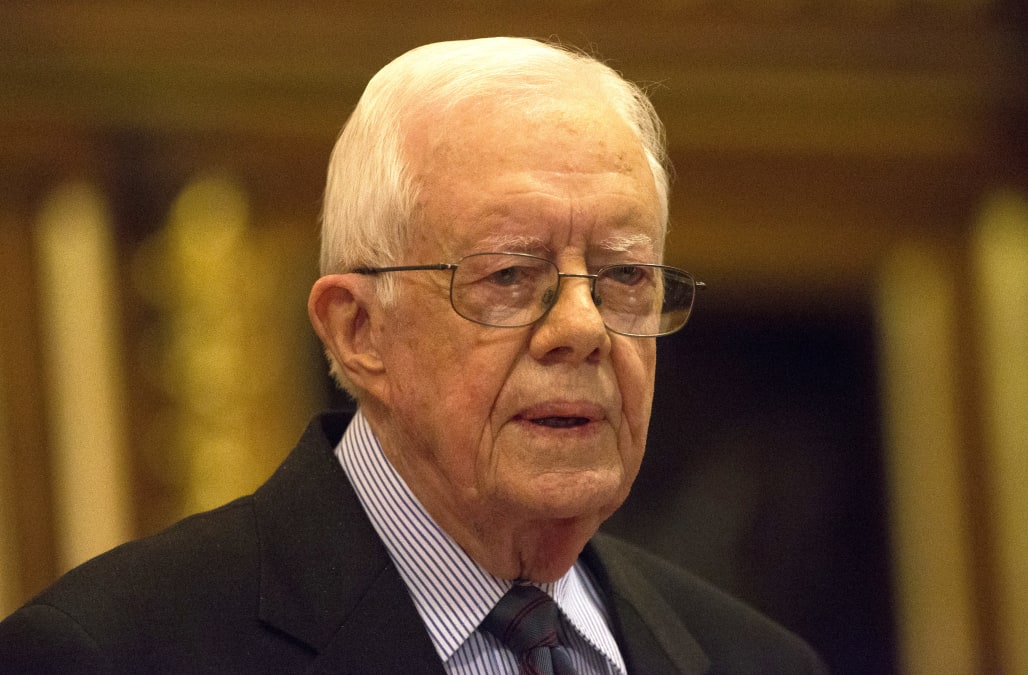 WINNIPEG, Manitoba, July 13 (Reuters) - Former U.S. President Jimmy Carter was under observation on Thursday after becoming dehydrated at a charity building project in Canada, but he is doing "OK," Habitat for Humanity said.

Carter, 92, had collapsed at the building site in Winnipeg, local news media outlets reported. In a statement, Habitat for Humanity, a charitable organization promoting affordable home ownership, said he became dehydrated while working in the hot sun.

Carter, a Democrat who served in the White House from January 1977 to January 1981, received the Nobel Peace Prize in 2002 for his humanitarian work.

"President Carter told us he is OK and is being taken offsite for observation," Habitat said in a statement posted on social media. "He encourages everyone to stay hydrated and keep building."

Carter had been volunteering with a project to build 150 homes in cities throughout Canada with Habitat for Humanity.

The organization noted that Carter had requested that others involved with the effort continue their work for the day.

Carter and his wife, Rosalynn Carter, have traveled around the world working with Habitat since 1984, according to the organization.