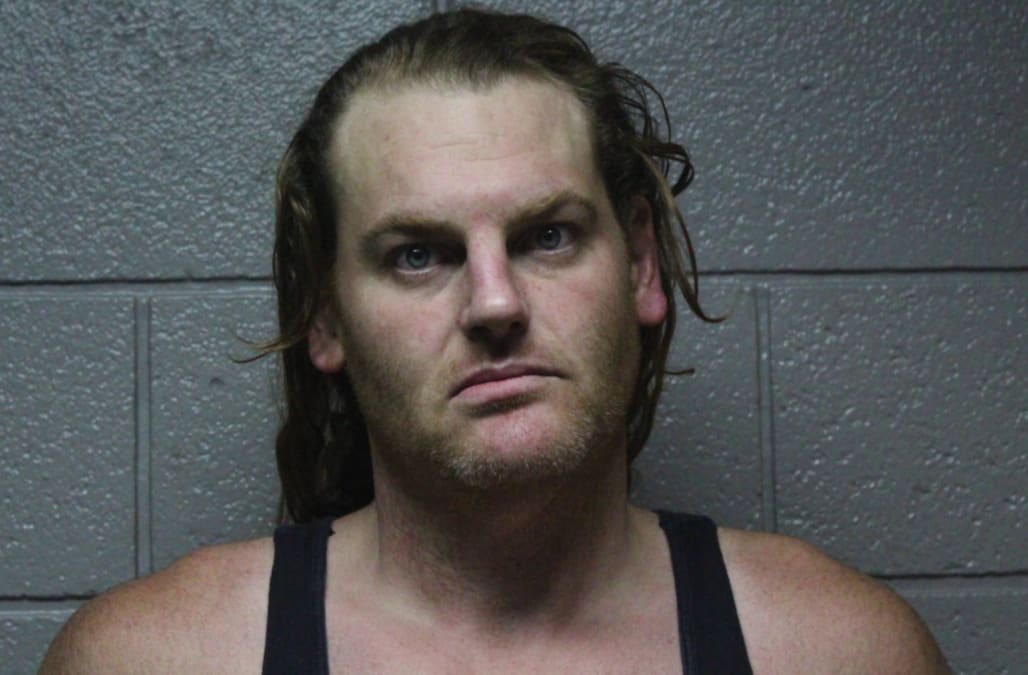 EL RENO, Okla. (KFOR) - A former NFL player was arrested on Monday night in El Reno after police allegedly found drugs and a stolen shotgun inside his vehicle.

A gas station clerk called police after noticing a vehicle had been sitting on the south side of the business for almost half an hour. Dispatchers also learned the passenger was acting oddly and getting in and out of his car.

"The original officer on the scene thought the guy looked somewhat familiar and the name, recognized the name to an extent and asked him why he would know him or anything like that. And, that's when he said he played in the NFL for a short time," said Lt. Van Gillock with the El Reno Police Department.

Kevin Sampson was a tackle for the Kansas City Chiefs from 2004 to 2006. He was also on the practice squad for two other NFL teams.

Officers said it's unclear exactly why Sampson was at the El Reno gas station but they knew something wasn't right.

"He appeared to be on some type of a drug. He claimed that he was taking Adderall," Gillock said.

Authorities said a quick search with the drug dog turned up a pound-and-a-half of marijuana, marijuana seeds and a shotgun that came back stolen.

Officers said Sampson told them he had the marijuana due to chronic pain from injuries sustained in the NFL.

"There were no rolling papers, no pipes, no items for consumption. There was a set of scales. And, marijuana's legal in California, so it seems odd to leave the state to go get marijuana to bring back," Gillock said.

Police said Sampson had a vague explanation for the gun, as well.

"He claimed the shotgun was given to him as a gift by a friend around Christmas. The friend was not named. It was stolen out of Missouri sometime back," Gillock said.

Sampson was booked into the Canadian County Jail but has since bonded out.

El Reno police said this is an unusual arrest for them.

"Not too often here in Oklahoma, since we don't have any NFL teams here," Gillock said.

That means he will likely have to come back to Oklahoma at some point in time to answer to the charge.