Divers save elephant who was swept up by the sea 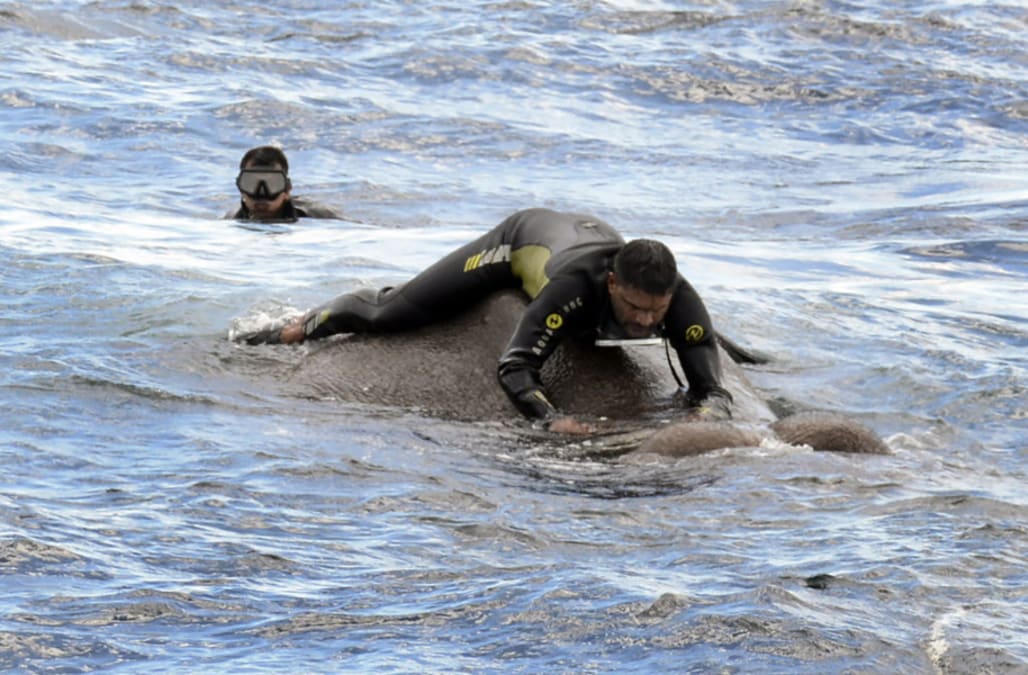 Well, that's not something you see every day.

The Sri Lakan navy rescued a struggling elephant after he was washed out to sea on Tuesday, a spokesperson told AFP.

"It is a miraculous escape for the elephant," Lieutenant Commander Chaminda Walakuluge said of the rescue mission, which took 12 hours.

He said the navy spotted the creature desperately trying to keep its trunk above water five miles off the island's northern coast. 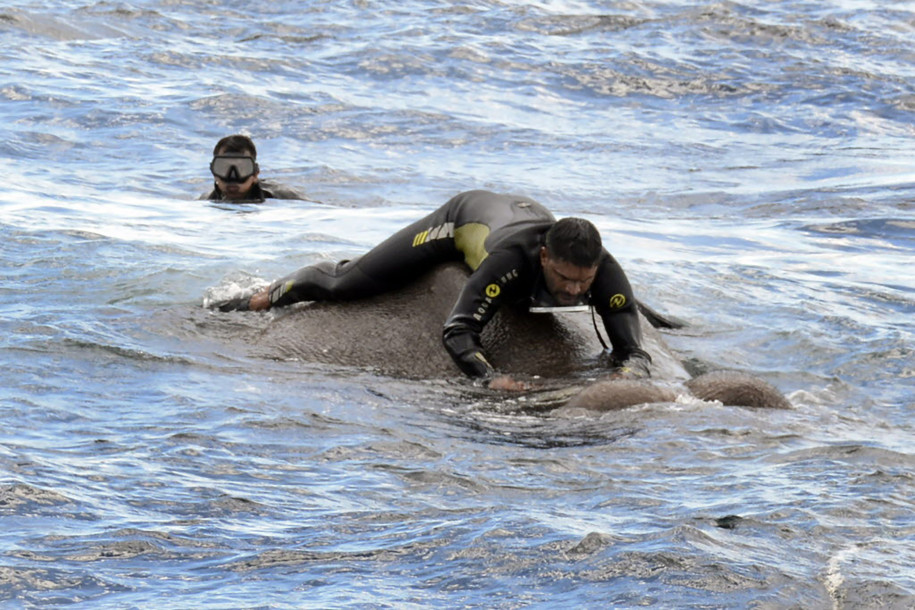 Navy divers, with some help from wildlife officials, tied ropes to the distressed animal before towing it to shallow waters and releasing it.