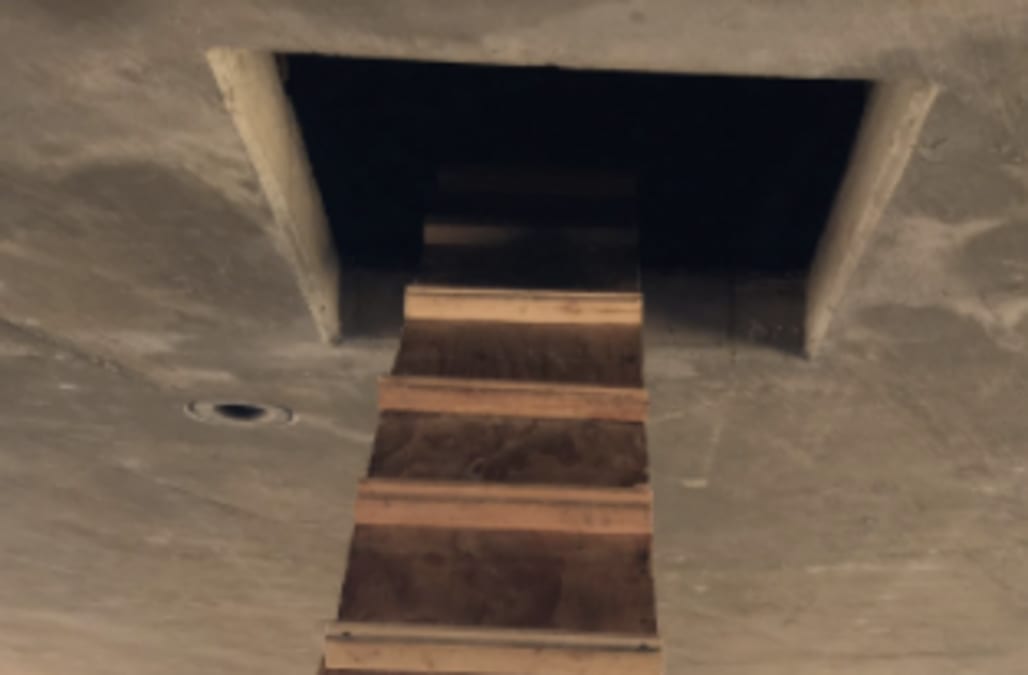 LINCOLN (KTXL) -- You can't see it driving over the Highway 65 bypass, or walking under it. But it is what's inside the cement roadway in Lincoln that's surprising.

"That was quite a shock. I didn't expect somebody to figure out a way to get in there," said Lincoln resident Alfonso Vargas.

The Lincoln Police Department says a homeless man made himself at home inside a hollowed out section of the Highway 65 bypass.

Lincoln Police Chief Doug Lee says the man took off a metal grate and added a ramp to get inside the area. The space was complete with a bed, stove and even a poster on the wall, but also a lot of trash.

Another photo thanks to the Lincoln PD-We weren't able to go inside since a grate was put over the entry and locked up @FOX40pic.twitter.com/bItARYw3ou

Officers were tipped off when cleaning up another area of the Auburn Ravine, a hot spot for homeless in the city, when they noticed a handmade bridge and the ramp.

Homeless man went to great lengths to make himself at home INSIDE the Hwy 65 bypass in @CityofLincolnCA-It was cleared out today @FOX40pic.twitter.com/5SOn4l74Y2

A 72-hour notice to vacate the illegal campsite was posted last week.

Wednesday, Caltrans and a cleaning company went in and cleared it, filling two dump trucks full of garbage.

So where do the homeless go next?

"Anytime we encounter homeless individuals, we refer them to services, it's on our notice that we post," Lee said.

See photos of the hallowed out enclosure

The closest shelter to Lincoln is in Roseville, but the city does offer counseling and food services.

Lee says because of shelter rules and drug and mental issues, many transients don't take advantage of those resources but rather rely on others for help -- sometimes ending up right where they started.

"Most of the homeless people we deal with have some sort of connection to Lincoln, they have friends or relatives here who let them sleep on a couch or a garage or trailer in their backyard, and then they wear out their welcome and are back on the street again. We're not pushing them out to the next field over, they disappear for a while, probably into somebody else's house," Lee said.

Vargas lives near the Highway 65 Bypass and says he's noticed an increase in transients in the area. The Lincoln native says he's not bothered by it but is concerned and hopes for a change.

"I see that they're doing what they can, which is great, hopefully they can find a solution that can help both parties involved," Vargas said.

More from AOL.com:
Emergency crews rescue 12-year-old girl trapped in sofa
US state will soon allow residents to carry ancient weapon
Woman finds strangers living in home, and now she can't get them out