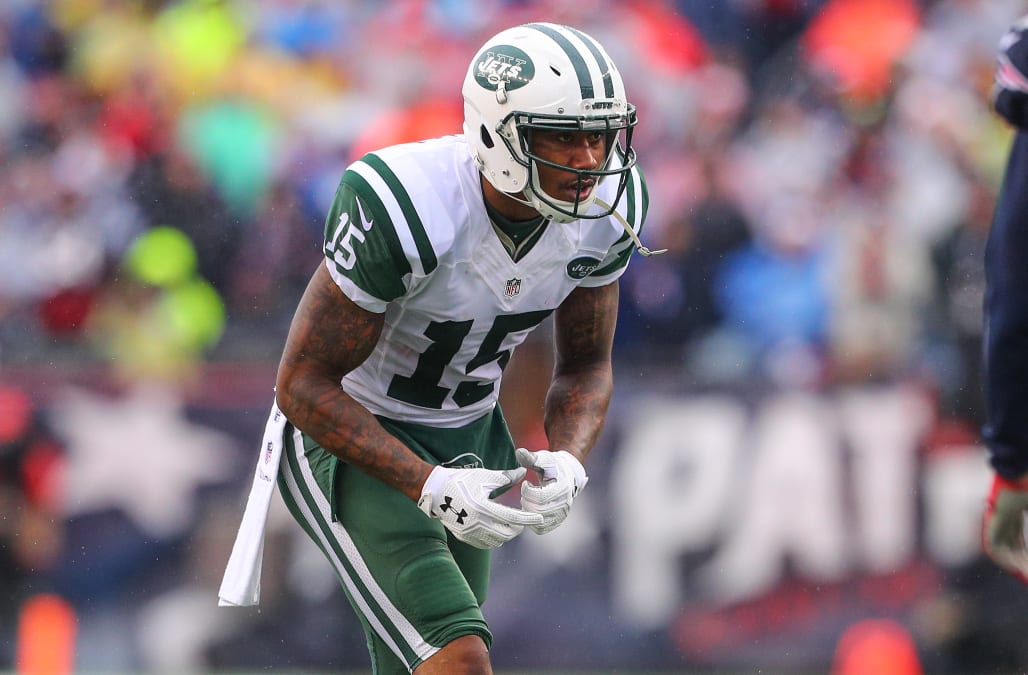 New York Giants wide receiver Brandon Marshall on Thursday walked out of an interview with WEEI's "Kirk and Callahan" when the conversation turned to the subject of race.

The hosts asked the 33-year-old Marshall about comments he made in 2015 over Tom Brady's four-game suspension for Deflategate being dropped.

"There are a lot of players out there that believe that white players — specifically, at the quarterback position — are treated differently," Marshall said of the suspension being lifted. (Brady, of course, would serve the suspension in 2016).

Asked about his comments in 2015 on Thursday, Marshall instead praised Brady and the New England Patriots' culture, then said, "I'm not getting into the race card with you guys. So, if that's what you wanna do, you guys can go there. But black guys in America get treated differently, period."

One of the hosts then said, "But you would admit Brady was treated seriously," as Marshall repeated that black men in America are treated differently.

One of the hosts asked Marshall if he believes that race plays a factor when leagues determine suspensions, which seemed to be the end point for Marshall.

"We done with this interview?" Marshall said. "Can I get off of this interview? Alright, I'm done with you guys ... Come on man, you going back to a year ago, brother. You guys made news now. You got Brandon Marshall to say black guys get treated differently and I'm gonna drop the mic on you guys."

Marshall threatened to leave once more if the subject wasn't changed. When asked again about race issues in the NFL, Marshall left the interview.

Watch video of the exchange below, via TMZ: