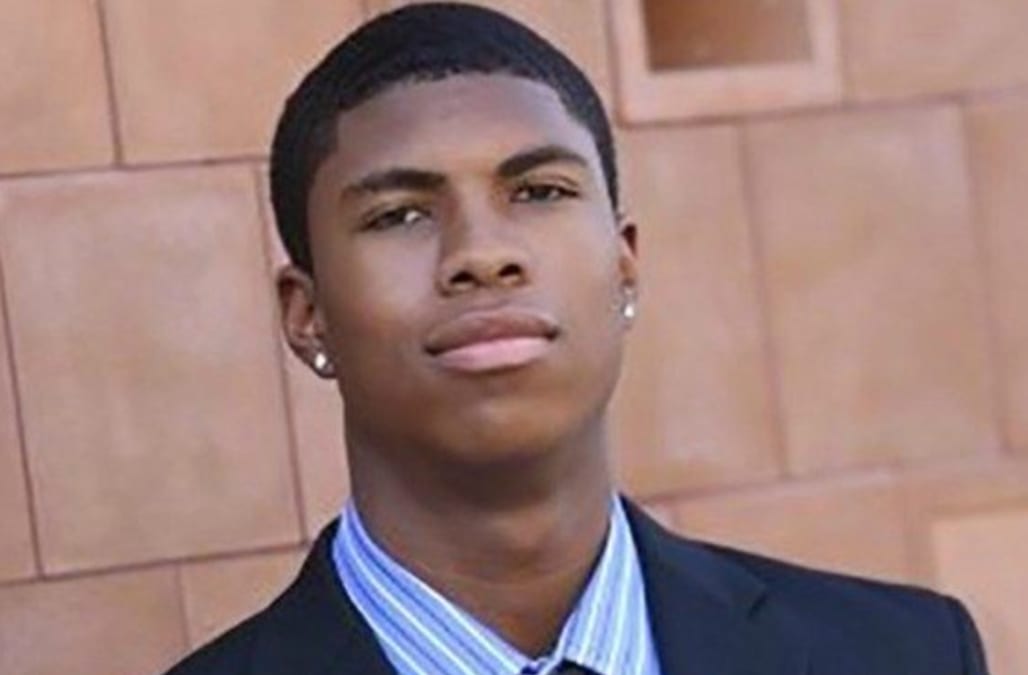 Bakari Henderson wanted to snap a selfie with a waitress in Laganas, Greece. Minutes later, he was dead. The 22-year-old was enjoying his summer vacation after graduating from the University of Arizona. That trip ended in tragedy after a fight quickly escalated over the selfie request when up to fifteen men ganged up on Henderson, beating him to death. Nine of the assailants have been arrested and charged with murder.

Greek police spokesman Theodore Chronopoulos said that Henderson asked to take a photo with the waitress, and that a 33-year-old Serbian suspect then got into an argument with the waitress over the photo op. He hit Henderson, who responded by breaking a beer bottle on a table. He then fled the bar, and a surveillance video shows that the group chased him down, threw him against a car, and savagely beat him. The fatal beating lasted 30 seconds.

It's still unclear what exactly caused the night to go from an Instagram-worthy moment to charges of intentional homicide. It was a special Serbian night at the bar, and the majority of Henderson's attackers were either Serbian natives or of Serbian descent. Henderson's companions stayed out of the fight. Police are still trying to determine if the attackers knew one another or if they simply happened to be attending the same event.

Pavlos Kolokotsas, the mayor of the island where Henderson was killed, said that alcohol-related fights aren't uncommon there. He's not alone in feeling frustrated by the bad behavior of tourists visiting Europe. Citylab recently reported on how fed up Icelanders are with those who treat the tiny country as a "fire-and-ice theme park where elves arrive to magically tidy up their mess." Rome outright banned public alcohol consumption between certain hours during tourist season in a hope to curb foreigners treating the ancient city like the bathroom of a dive bar. Famed party destination Ibiza went so far as to ban the public from drinking anything on the streets, because it was too easy for tourists to disguise alcoholic beverages as waters and sodas. All of this pales in comparison to the murder that took place on the island of Zakynthos.

Henderson's family said of his untimely death, "Our family is devastated by the recent loss of our beloved son Bakari Jaward Henderson. Bakari loved spending time with family and friends, traveling, and meeting new people. He was a big thinker and enjoyed coming up with new business ventures. Bakari was an inspiration to all he met. He loved life to the fullest."