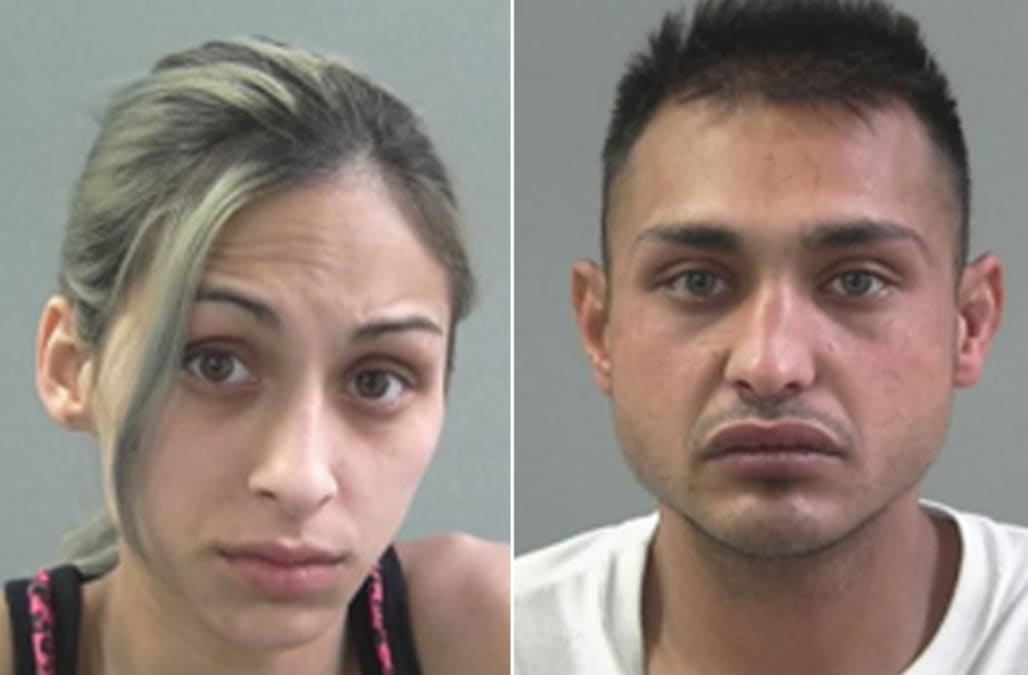 OGDEN, Utah (KSTU) -- An Ogden couple accused of killing their three-year-old daughter videotaped some of the abuse and attempted to conceal the child's injuries with makeup, according to court documents released Tuesday.

Miller Costello, 25, and Brenda Emile, 22, face charges of aggravated murder for the death of their daughter, Angelina Costello.

The couple was arrested on July 6 at a home on Grant Avenue after police received a 911 call reporting the girl was unconscious and not breathing. She had been dead for quite some time when authorities arrived, prosecutors said.

"Officers on scene immediately recognized the child victim had bruising, contusions, lacerations, burns, open sores and abrasions all over her face, hands, legs, head and neck," according to the probable cause statement.

She also had a large burn on her chest and several small, circular burns on her back, legs and feet, the document says,

In interviews with Ogden Police, prosecutors say Brenda Emile admitted to covering the child in makeup to conceal some injuries "so they didn't look as bad."

Police searched the cell phones of both parents and discovered photos and video showing a "progressive time frame" of the child's deteriorating health, the document states.

Some of the videos, according to police, show both Costello and Emile taunting the three-year-old with food by presenting it to her, then removing it, and then disciplining her. Prosecutors say another video shows Miller using the feet of an infant child to kick their daughter in the face.

"Miller (Costello) stated Brenda (Emile) told him the child victim had been struck, or otherwise injured by siblings in the house or had fallen down."

The couple claims to have ties to a transient Romanian gypsy community. Costello told police he buys scrap metal at auctions across the country and made $150,000 last month.

Costello and Emile are being held in the Weber County Jail without bail.