US state will soon allow residents to carry ancient weapon 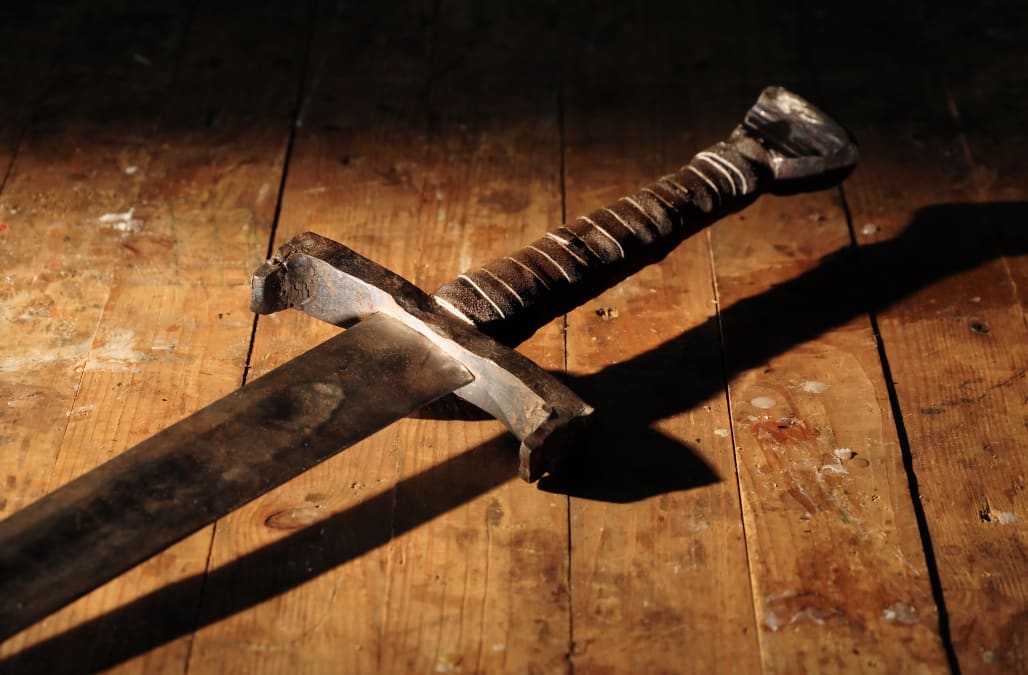 AUSTIN, TX -- Wonder Woman had some trouble carrying her sword around when she visited London, but if she visited Texas after September 1, that'd be no problem!

"It is what it is. What are you gonna do? It's Texas," says one local, Robert.

Yeah, apparently Governor Abbott signed into effect the "Texas Knife Law Reform Bill," meaning any knives or swords, longer that five and a half inches are going to be okay for not only the home but also the streets.

Stone Age people would have encountered skulls on display or hanging from pillars at the site.

Decorative reliefs show the importance of the site.

It's been illegal to carry a knife longer than 5 and a half inches in Texas since 1871.

We asked what some of the law enforcement agencies in North Texas think about the coming change....

The Irving Police Department told us they are still, "in the process of evaluating Texas House Bill 1935 and how it will affect the police department and the community."

Grand Prairie Police say "[knives] are not an uncommon encounter, but large [knives] or swords are not something we see much."

"It could be dangerous," says Rodrico McNeal.

"It's kind of silly," says Robert, "I mean why would you, except to try to make a point?"

Many are wondering, does this open the door for more situations like robberies we've seen in the past?

"It's people with stupid ideals, anything can happen," says McNeal.

"I think the United States has got their own problems outside of a man carrying a knife that might be a couple of inches too long," says Sgt. Johnson.

Of course, there are still places swords or long knives aren't allowed, like schools, correctional facilities, places of worship, and most bars.

But hey, if you ever had the urge walk around with a big sword on your hip like Jon Snow, now's your chance. Just do it responsibly.

More from AOL.com:
Family searches for owner of teddy bear with recording from man deployed in Afghanistan
14-year-old sets mom's SUV on fire after taking it to buy fireworks
Mugshot of man covered in gold paint and glitter goes viral