Trump's FBI director nominee breaks with him on Russia, says it's no 'witch hunt' 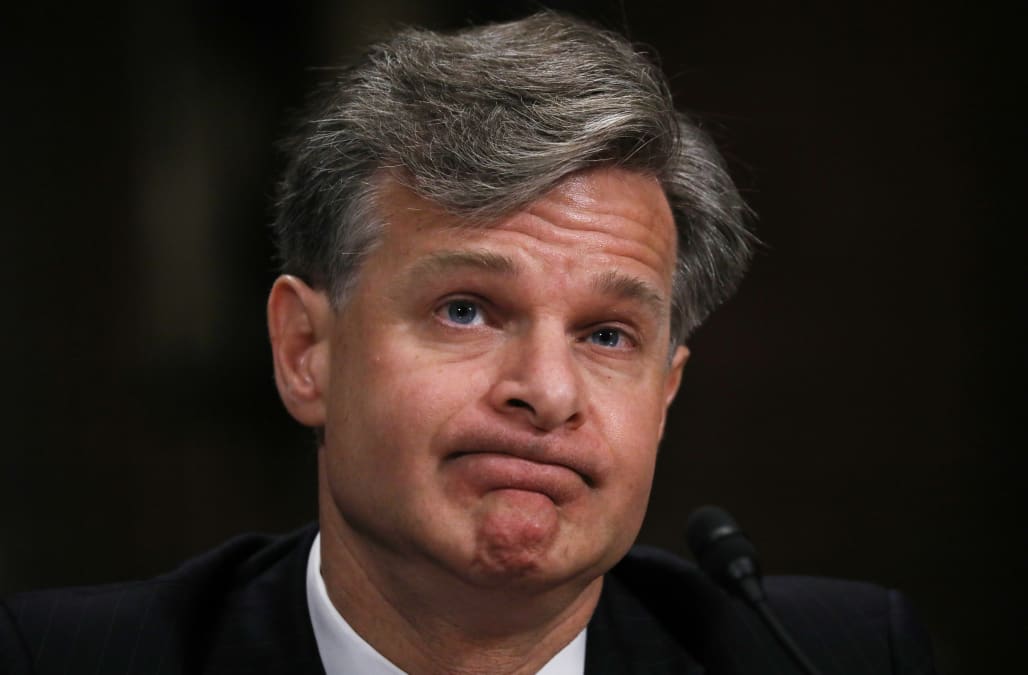 President Donald Trump's nominee to replace fired FBI Director James Comey, Christopher Wray, distanced himself on Wednesday from Trump's claim that the ongoing investigation into Russia's involvement in the 2016 presidential election is a "witch hunt."

During Wednesday's U.S. Senate confirmation hearing, Sen. Lindsey Graham asked Wray if he agreed with the president that, "In light of the Don Jr. emails and other allegations that this whole thing about the Trump campaign and Russia is a witch hunt?"

"Is that a fair distribution of what we are all dealing with in America?" Graham asked.

Wray at first appeared to dodge the question, prompting Graham to press him again saying, "I'm asking you, as the future FBI director, do you consider this endeavor witch hunt?"

"I do not consider Director Mueller to be on a witch hunt," Wray ultimately answered.

FBI Director nominee: “I do not consider Director Mueller to be on a witch hunt”

(Trump has called the Russia investigation a witch hunt) pic.twitter.com/Pk2E9Dof2S

Trump's nominee for FBI director breaking with the president on this issue comes just hours after Trump again tweeted that the Russia investigation "is the greatest Witch Hunt in political history," while defending his son who tweeted on Tuesday possibly incriminating emails setting up a meeting with a Russian lawyer in an effort to obtain intel on 2016 election opponent Hillary Clinton.

"My son Donald did a good job last night. He was open, transparent and innocent," Trump tweeted.

However, legal experts claim Trump Jr.'s emails are "damning as a legal matter."

"The text of the emails provide very clear evidence of participation in a scheme to involve the Russian government in federal election interference, in a form that is prohibited by federal criminal law," said Ryan Goodman, a former Defense Department special counsel and current editor of the legal site Just Security.

More from AOL.com:
White House mood darkens amid revelations
Trump's personal attorneys are reportedly fed up with Jared Kushner
CNN’s Navarro wondered if Trump Jr. had been ‘dropped on his head as a child’