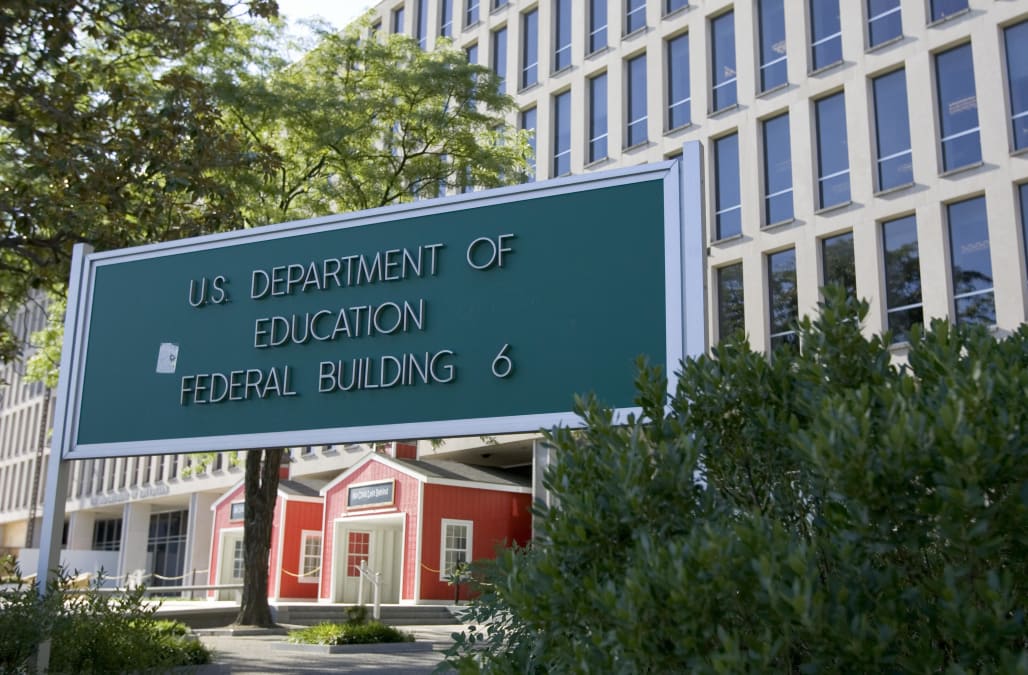 The U.S. Department of Education apologized late Wednesday after attracting controversy when one of its top officials questioned sexual assault claims on college campuses.

Candice E. Jackson, who oversees civil rights for the department, told the New York Times, "the accusations — 90 percent of them — fall into the category of 'we were both drunk,' 'we broke up, and six months later I found myself under a Title IX investigation because she just decided that our last sleeping together was not quite right.'"

RELATED: Colleges with most rape reports

Colleges with most rape reports

The Times also writes that "In most investigations, she said, there's 'not even an accusation that these accused students overrode the will of a young woman.'"

Her comments were made as Cabinet Secretary Betsy DeVos prepares to convene meetings about the issue.

According to the Huffington Post, Jess Davidson with the group End Rape on Campus has said DeVos is set to to hold 90-minute sessions with three groups — survivors and their advocates, those affiliated with the "wrongly accused," and lastly, with schools' legal teams.

As part of the sessions, DeVos plans to meet with men's groups including those from the National Coalition for Men that is being criticized the most; Davidson claims they are a "hate group" that have "intentionally harassed rape survivors online."

Members of the organization Stop Abusive and Violent Environments will also reportedly be present; it made headlines in 2013 for vehemently opposing the Violence Against Women Act.

Overall, there are concerns that DeVos and Jackson may roll back Obama-era directives regarding sexual assault claims which resulted in more advocacy for alleged victims and tighter restrictions on colleges.