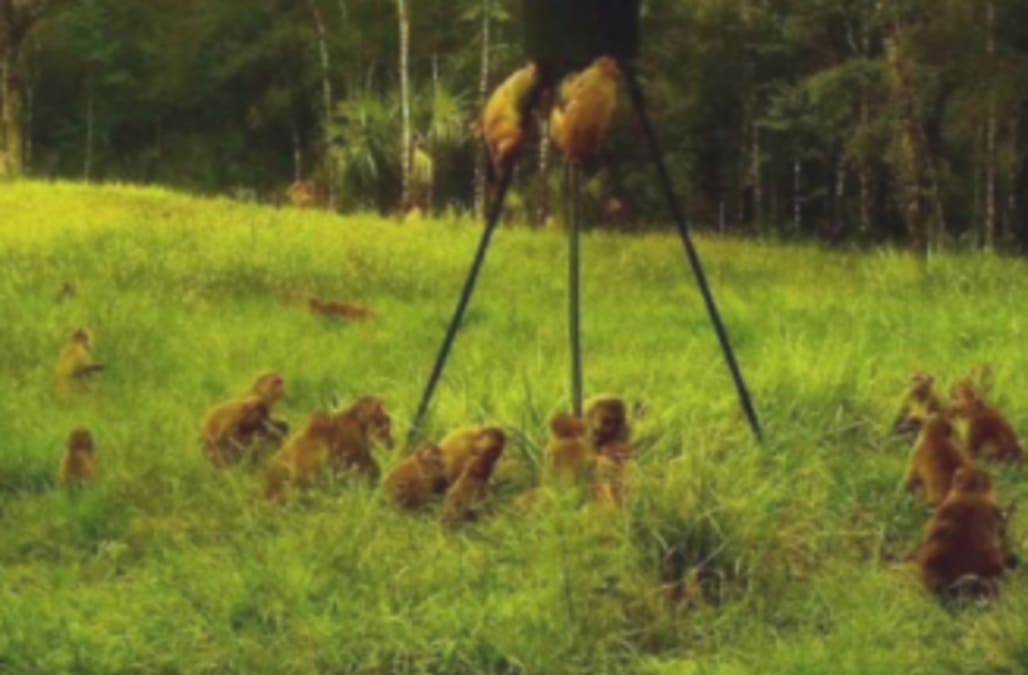 A Florida man caught a massive swarm of rhesus monkeys eating the deer food in his yard on video.

More than 50 creatures invaded Brian Pritchard's Ocala property in search of food -- he estimates they have taken more than 250 pounds of food in recent days, according to the Tampa Bay Times

Officials believe the monkeys came from nearby Silver Springs State Park, which recently shut down two areas because of increased monkey presence.

It is estimated that 200 monkeys live in the park, but many have been spotted outside of its boundaries.

Pritchard said the troop of monkeys "appears organized and aggressive as (they) methodically take his deer food."

More from AOL.com:
Injured American bald eagle is being nursed back to health in nation's capital
Video shows tuna fish flailing after being chopped in half
Cockatoos are the only other animal that use tools to make music