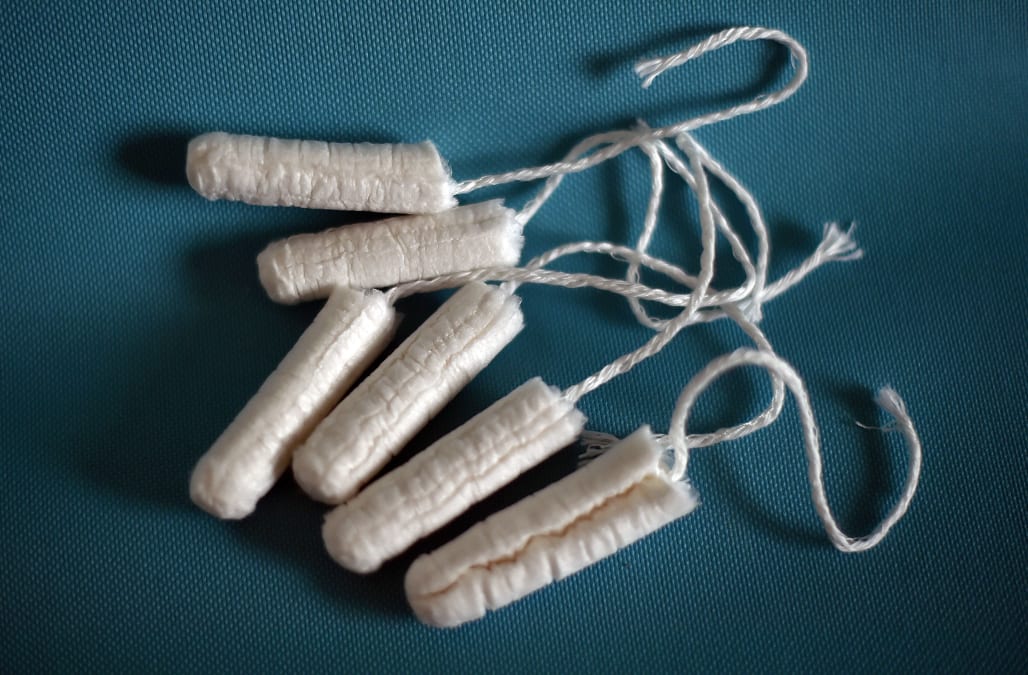 Scotland's government announced it would be testing out a program providing free sanitary products to low-income girls and women, becoming the first country to do so.

According to the Scotsman, the six-month pilot program will start off by sending sanitary products to three secondary schools, a college and a range of nonprofits and charities like Women's Aid, an organization that provides support for domestic violence victims.

The move is a significant step in combating "period poverty," a term used to describe the lack of access many girls and women have to menstrual products. The issue has been met with more widespread awareness in the last couple years, following news that "period poverty" and period-shaming wasn't just something that affected women in developing countries.

In March, U.K.-based charity Freedom4Girls, which sends free menstrual products to women in Kenya, realized that the problem they thought only existed overseas existed at home too when a school in Yorkshire contacted the organization and asked for their help. The school's staff told Freedom4Girls that a number of female students had been missing class because they had no way to address menstrual hygiene products.

"I wrapped a sock around my underwear just to stop the bleeding, because I didn't want to get shouted at," one girl said at the time. "I didn't know what else to do."

In the United States, individual states have tried to remedy this problem by waiving taxes on menstrual products — known as the "tampon tax" — including Alaska, Maryland, Massachusetts, Florida, Pennsylvania, New York and New Jersey. Meanwhile, high schools and colleges continue to push for their own initiatives for completely free sanitary products, like at Brown University, where free pads and tampons are available in most campus bathrooms.

In addition to the pilot program, there are other legislative efforts underway in Scotland to move the country closer to menstrual justice.

Under the guidance of Scottish Parliament Member Monica Lennon, the Labour Party has proposed a bill that would provide free menstrual products to all women — not just low-income women — in Scotland. According to the Scotsman, the bill is advancing to consultation.

"A pilot scheme is a welcome step in the right direction, but we must go much further to help women and girls across the country who are facing a monthly struggle to access the products they need," Lennon told the outlet.

"I hope as many people as possible will take part in my consultation and that SNP ministers will embrace my ambition to make Scotland an example to the world on menstrual health."