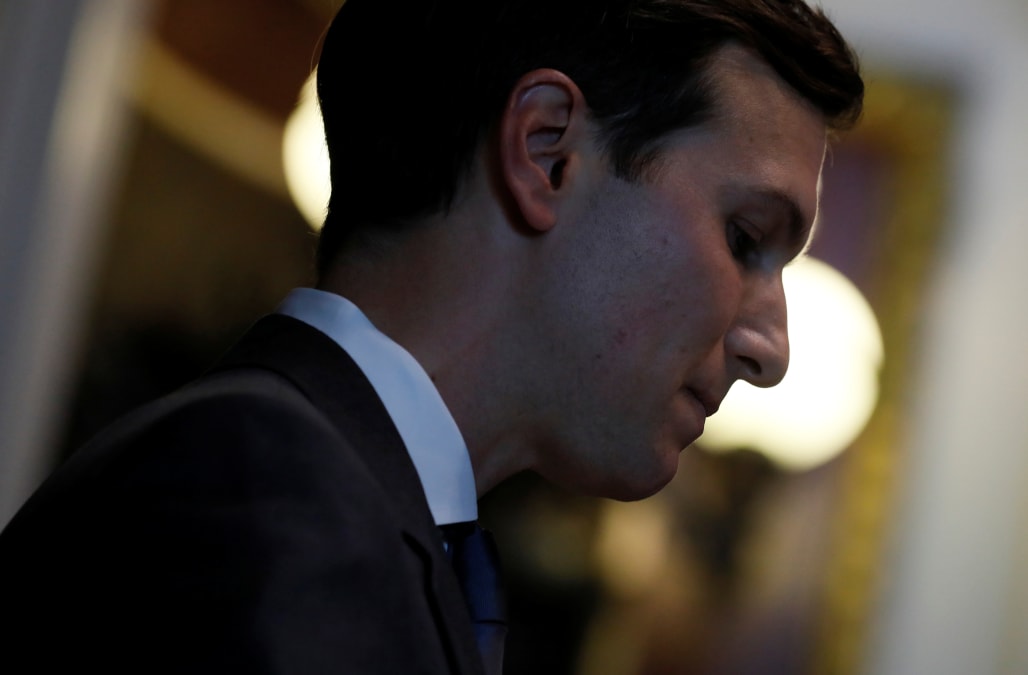 The 2016 presidential race involved a lot of specifically targeted, actual fake news about Hillary Clinton's presidential campaign -- including tall tales of her involvement in a pedophile ring run out of a pizza parlor.

According to McClatchy, those probing the Trump-Russia matter are now looking into whether the Trump campaign's digital operations division, run by son-in-law Jared Kushner, aided Russia in spreading such stories via social media.

The investigative reporters also note, "One source familiar with Justice's criminal probe said investigators doubt Russian operatives controlling the so-called robotic cyber commands that fetched and distributed fake news stories could have independently 'known where to specifically target...to which high-impact states and districts in those states.'"

The McClatchy report comes as Kushner finds himself embroiled in another Russia-related problem.

The New York Times revealed on Saturday that Trump's son-in-law and senior adviser was among those in a June 2016 meeting with a Russian lawyer which was scheduled as a meeting intended to divulge damning intel on Hillary Clinton.

In an email sent by the meeting's facilitator to President Trump's son Donald Trump Jr., the lawyer was described as a "Russian government attorney" with "very high level and sensitive information" about Clinton.

It was also said the incriminating details had been gathered as "part of Russia and its government's support for Mr. Trump.

Over the days that news broke, President Trump was silent on the issue. He finally released a brief statement on Tuesday afternoon and, by Wednesday morning, was tweeting about the reports.

The president said on Twitter, "Remember, when you hear the words 'sources say' from the Fake Media, often times those sources are made up and do not exist," and called the situation, "This is the greatest Witch Hunt in political history. Sad!"

More from AOL.com:
Trump's campaign team met with a Russian lawyer believed to work 'at the behest' of the Kremlin
Trump's son met Russian lawyer after promise of information on Clinton: NY Times
Citi: Trump's 'risk of impeachment' is higher after the Donald Trump Jr. email bombshell