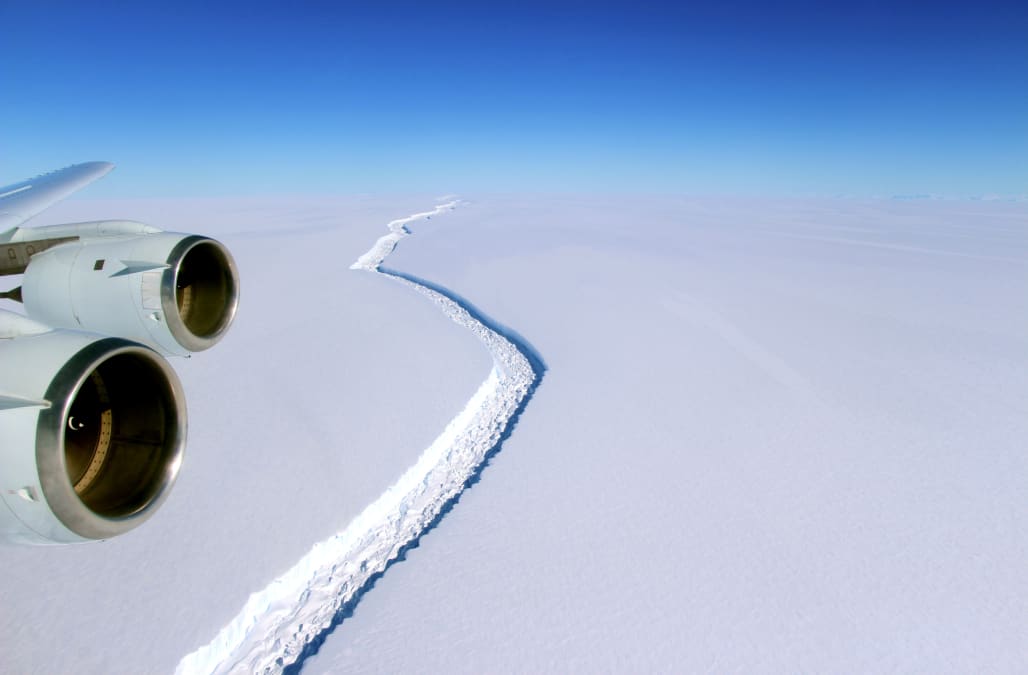 One of the biggest icebergs on record has broken away from Antarctica -- and it could have devastating consequences.

The Larsen C iceberg is the third section to break off from this area of Antarctica since 1995, and is reportedly 2,200 square miles.

Having trouble picturing just how big that is? Here's a breakdown of comparisons to help you wrap your head around its mass:

Larsen C iceberg: Just how big is it?
It weighs one trillion tons.
It's four times the size of London.
It's approximately the size of Delaware.

It is the third largest iceberg to break off from this Antarctica shelf since 1995.

It's twice the size of Luxembourg.

The ice sheet it broke away from is now reduced 12 percent in size. It is the fourth biggest Antarctic ice shelf, with a size of about 50,000 sq km.

The iceberg weighs as much as 21 million Titanic ships.
The iceberg is a million times more voluminous than the Empire State Building.
Up Next

"The iceberg is one of the largest recorded and its future progress is difficult to predict. It may remain in one piece but is more likely to break into fragments," Adrian Luckman, lead investigator of the MIDAS project that studies this ice sheet, said in a statement. "Some of the ice may remain in the area for decades, while parts of the iceberg may drift north into warmer waters."

While the iceberg was already floating, its melting will not have an impact on sea level rise. It could, however, pose a threat to sea vessels traveling in the South Atlantic.

When it comes to icebergs, many immediately recall the infamous sinking of the Titanic ship in 1912. The iceberg that hit the Titanic was believed to be approximately 50 to 100 feet high and 200 to 400 feet long. For comparison, the Larsen C iceberg is believed to be 625 feet thick in expanse, but as much as 695 feet of its ice may be hidden below water.

As far as weight, the Titanic weighed 46,328 tons. That means you would need about 21 million Titanic ships to make up the mass weight of this newly free iceberg.

More from AOL.com:
Climate change could get you kicked off of your next flight
A 5.8 magnitude earthquake in Montana caused everyone to freak out about the Yellowstone supervolcano
Earth faces 'biological annihilation' as scientists warn of sixth mass extinction