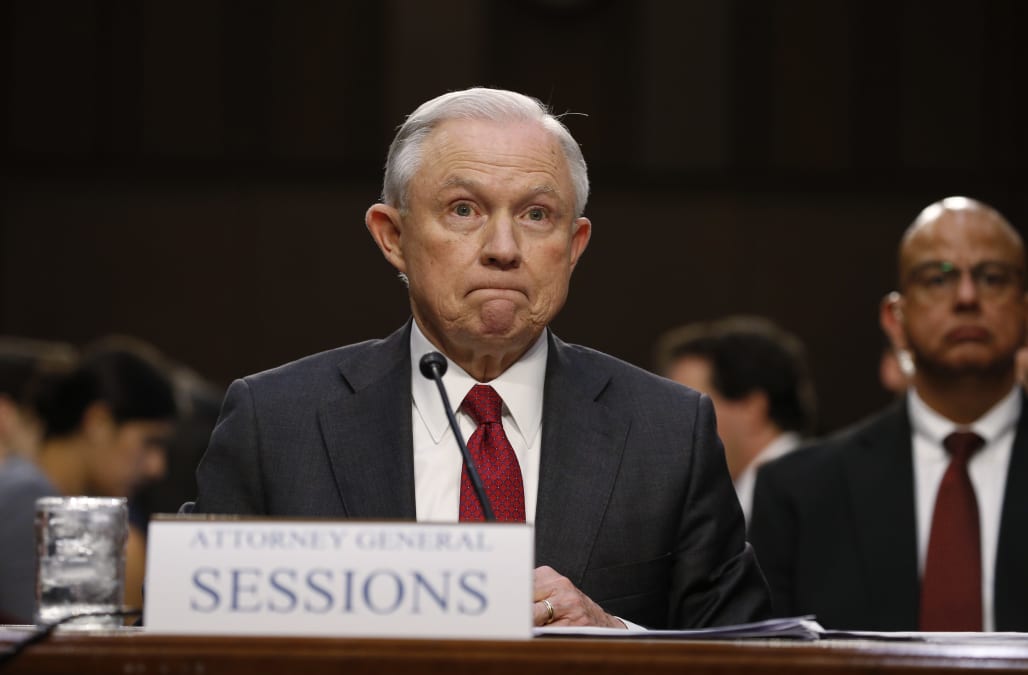 Democratic members of the House Judiciary Committee sent a letter to Attorney General Jeff Sessions on Wednesday asking why the Department of Justice decided to settle a major money laundering case involving a real-estate company owned by the son of a powerful Russian government official whose lawyer met with Donald Trump Jr. last year.

Trump Jr., the president's eldest son, tweeted an email chain on Tuesday from June 2016 in which he entertained accepting damaging information from a "Russian government attorney" about Hillary Clinton as part of the Kremlin's support for his father's campaign.

That attorney, Natalia Veselnitskaya, represents the family of Pyotr Katsyv — the former vice governor of the Moscow region whose son, Denis, owns the real-estate company Prevezon. The DOJ had been investigating whether Prevezon laundered millions of dollars into New York City real estate when the case was unexpectedly settled just two days before going to trial in May.

"Last summer, Donald Trump, Jr. met with a Kremlin-connected attorney in an attempt to obtain information 'that would incriminate Hillary,'" the Democrats wrote, citing the emails Trump Jr. published on Tuesday.

"Earlier this year, on May 12, 2017, the Department of Justice made an abrupt decision to settle a money laundering case being handled by that same attorney in the Southern District of New York. We write with some concern that the two events may be connected — and that the Department may have settled the case at a loss for the United States in order to obscure the underlying facts."

The Prevezon case garnered high-profile attention given its ties to a $230 million Russian tax-fraud scheme and Russian lawyer Sergei Magnitsky, whose suspicious death aroused international media attention and spurred the passage of the Magnitsky Act in 2012. Denis Katsv and Veselnitskaya have become the face of Moscow's anti-Magnitsky lobbying efforts in recent years.

Democrats now want to know whether Veselnitskaya was "involved at any point in the settlement negotiations" and have asked Sessions to provide the committee "with the prosecution files and any other explanatory materials related to the settlement."

They also want to know whether there was "any contact between President Trump, White House personnel, the Trump family, or the Trump campaign with the Department of Justice" regarding Prevezon, and whether Sessions himself discussed the case "with anyone associated with the transition team," or with Russian ambassador Sergey Kislyak, while he was being considered for Attorney General.

Both the US government and Prevezon claimed victory in the wake of the settlement.

A spokesman for the US Attorney's office told Business Insider at the time that the settlement saved taxpayers the expense of a trial, and reiterated that the settlement was for "many multiples more" than the amount of proceeds of the Russian tax fraud alleged to have been laundered through real-estate purchases in New York. He characterized it as a "very good outcome" for the government.

But Prevezon described the settlement as proof that the company had done nothing wrong. It said it considered the "surprise" offer from prosecutors "too good to refuse."

"It was a surprise," John Dillard, a spokesman for Prevezon's attorneys, told Business Insider at the time. "We were getting ready for opening statements and fully expected to try the case. In fact, we were looking forward to it."

"We reluctantly agreed to accept the government's offer when it became clear that the fine proposed was no more than we would have spent fully litigating the case, and that no admission of guilt, forfeiture or continued seizure of any assets was required," Dillard added. "Essentially, the offer was too good to refuse."

SEE ALSO: Donald Trump Jr.'s email bombshell is a development like no other in the Russia saga