Can you spot the profane message hidden in Conor McGregor's suit? 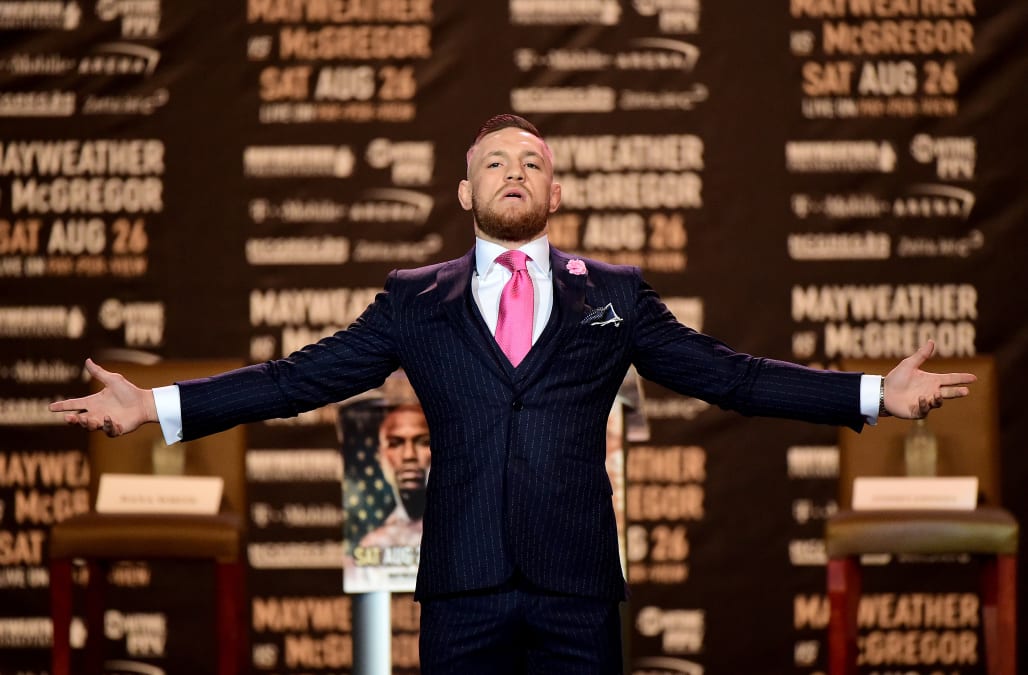 Conor McGregor and Floyd Mayweather held a press conference Tuesday to kick off the hype tour for their boxing match next month.

You really only need to know about one bit of "news" from the presser: McGregor's incredible, innovative, profane, legendary suit. 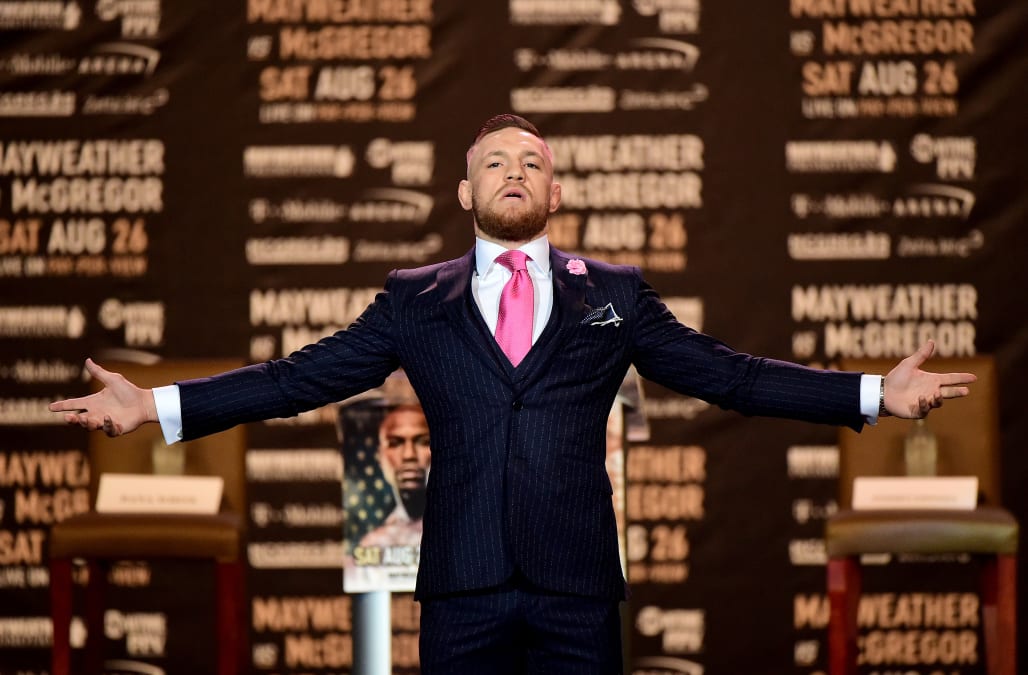 At first glance, it looks like McGregor's simply wearing a standard pinstripe suit. Not bad. But wait. 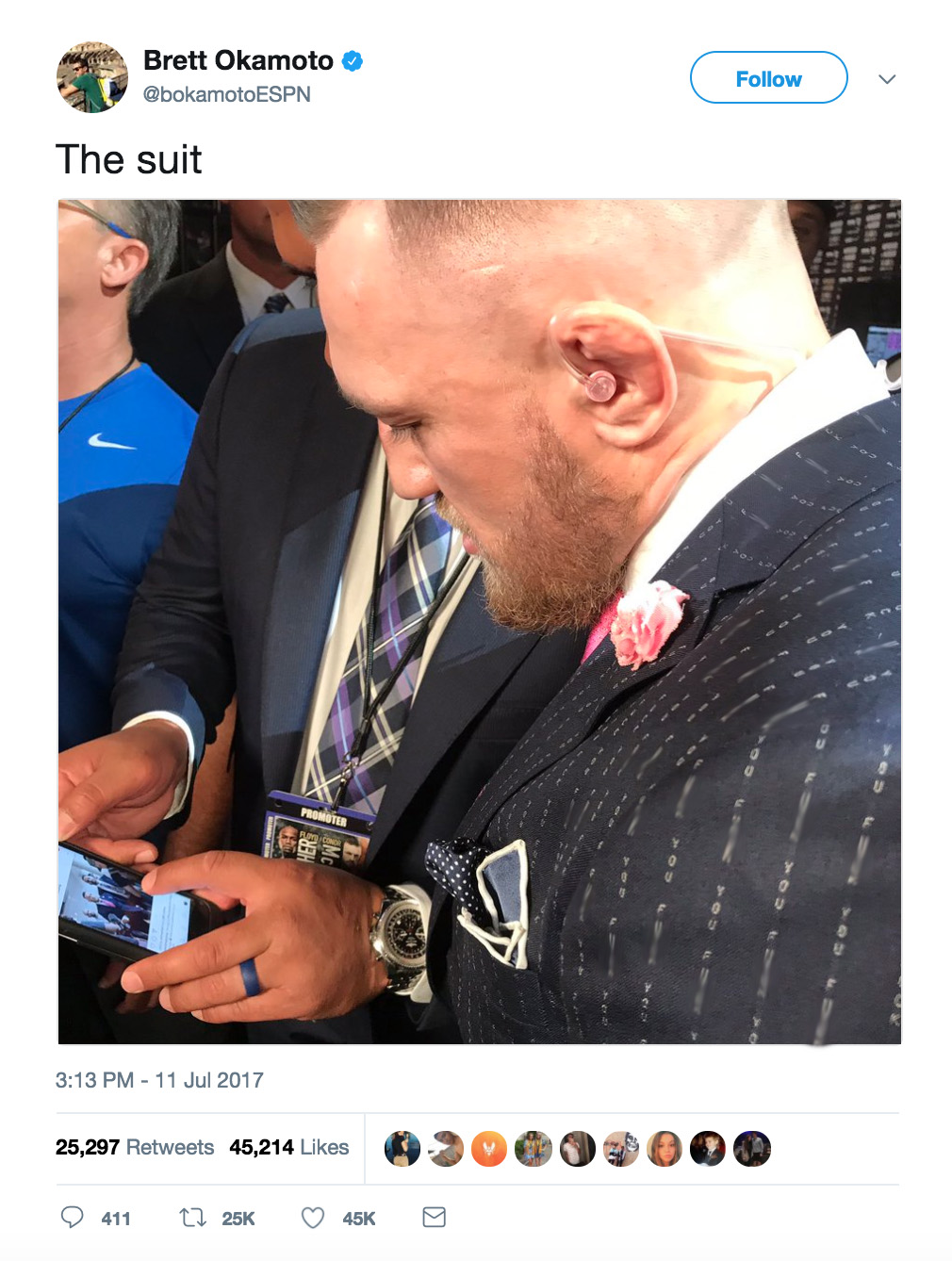 WATCH: This house can fold and unfold itself in 10 minutes

More from AOL.com:
Three men gored in opening run at Spain's Pamplona
The best photos from the week in sports: 6/30 - 7/7
Nadal beaten by Luxembourg's Muller in Wimbledon fourth round