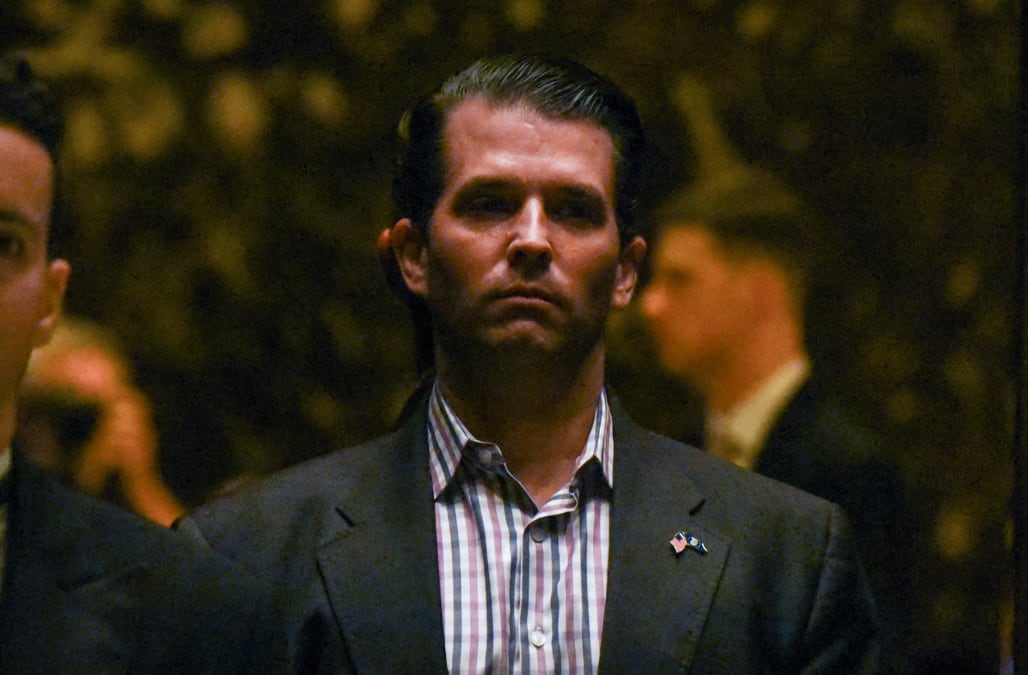 Former assistant Watergate special prosecutor Jill Wine-Banks drew a clear line on Donald Trump Jr.'s meeting with a Russian lawyer, after a bombshell New York Times report on Monday revealed that he was told in an email that the information he was receiving was part of a Russian strategy to assist then-candidate Donald Trump's presidential campaign.

"This is an astounding thing," said Wine-Banks on MSNBC. "It is collusion with a foreign adversary if they were working together to get the information from the Russian government."

The Times' report cited three officials familiar with the email that was sent by music publicist Rob Goldstone, who represented the son of a wealthy Azerbaijani-Russian developer and has ties to the Trump family. The Times' sources alleged Goldstone's email "indicates" that Russia was the source of the information, which was supposed to have been damaging to then-candidate Hillary Clinton's presidential campaign.

Wine-Banks also hinted that the latest revelation would be looked at by special counsel Robert Mueller, who was appointed by the Justice Department to oversee the investigation into allegations of Russian involvement during the 2016 US presidential election: "We have, for sure, more evidence for Mr. Mueller to look at and get the details of," said Banks.

SEE ALSO: Trump Jr. reportedly knew Russia wanted to meddle when he met with a Russian lawyer during the campaign