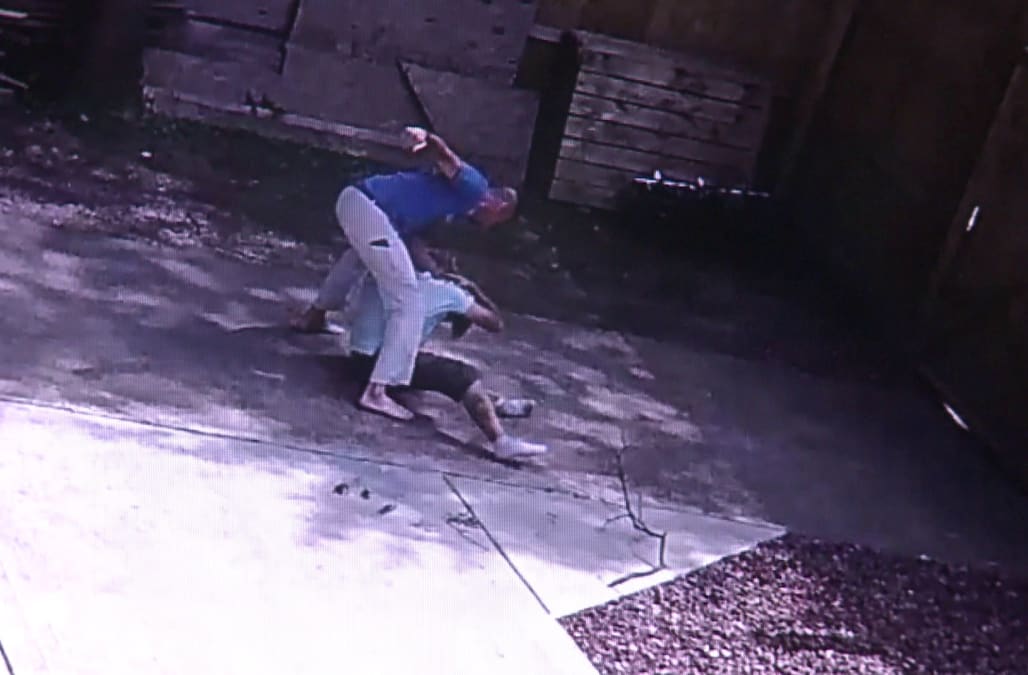 MEMPHIS (KTXL) – Home surveillance footage shows a Memphis man taking matters into his own hands when a stranger broke into his home Sunday afternoon.

"He just walked in like he owned the place," Michael Ingalsbe told WREG-TV.

Ingalsbe's security cameras captured a stranger opening the gate and stumbling into his backyard.

"He set up ... back behind my shed and spent about 15 minutes over there until he decided it was too hot or whatever," said Ingalsbe.

The dogs went crazy when the stranger then took off his shoes and staggered to the back door of the home.

"Somehow he got the back door open and gained access," he said.

The stranger then walked right into the living room.

"He fell back on the couch area and was trying to get as much distance from him and the dogs," said Ingalsbe.

Ingalsbe said he ran downstairs and used his military background to take care of the situation.

"I just ended up dragging him off the couch and through the house," he said. "He resisted a little bit and probably shouldn't have."

The struggle continued outside.

"I hit him three or four times, until he went down and got up again," said Ingalsbe.

Eventually, Ingalsbe said he yanked the guy off his property and kept an eye on him until police got there just minutes later.

They arrested the man, identified as Justin Tidwell, for criminal trespass and various drug charges after they reportedly found pain pills, needles and other paraphernalia.

"You're trying to put some logic to it at first, but once I realized this guy, his eyes weren't quite right," he said.

Ingalsbe said that while he feels violated, he's thankful his family is safe.