Trump Jr. admits he 'probably would have done things a little differently' amid fallout over Russia emails 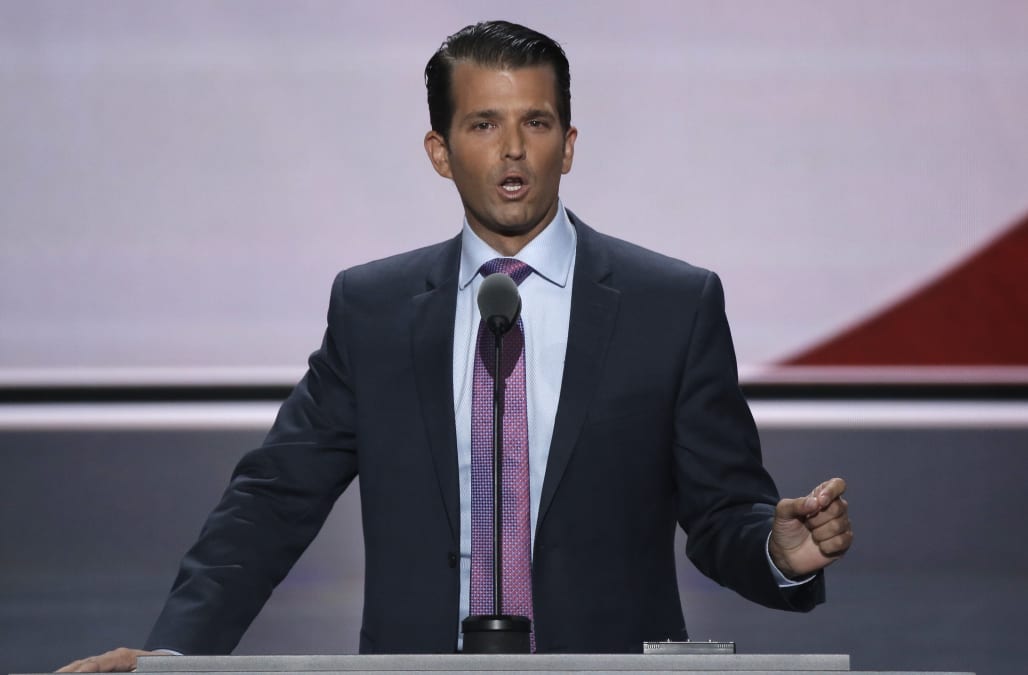 Donald Trump Jr. admitted that he "probably would have done things a little differently" after an explosive New York Times report indicated that he was receiving information from Russian sources.

The eldest son of President Donald Trump recounted that the 2016 meeting, which was arranged by music publicist Rob Goldstone, a representative of the son of a wealthy Azerbaijani-Russian developer, was "nothing" and that he "wouldn't have even remembered it" until it became a headline.

The meeting between Trump Jr., Russian lawyer Natalia Veselnitskaya, and other senior officials of Trump's presidential campaign was alleged to have been held under the assumption that Veselnitskaya would be furnishing information that would have harmed Hillary Clinton's campaign during the 2016 US presidential election.

Following The Times' report; however, Trump Jr. claimed that the meeting produced no damaging information, and instead, pivoted toward the Magnitsky Act, a US law that blacklisted Russians accused of human-rights violations.

"For me, this was opposition research, they had something, you know, maybe concrete evidence to all the stories I'd been hearing about but they were probably underreported for years, not just the campaign," Trump Jr. said. "So I think I wanted to hear it out, but really, it went nowhere and it was apparent that wasn't what the meeting was actually about."

"It was literally just a wasted 20 minutes, which was a shame," Trump Jr. said.