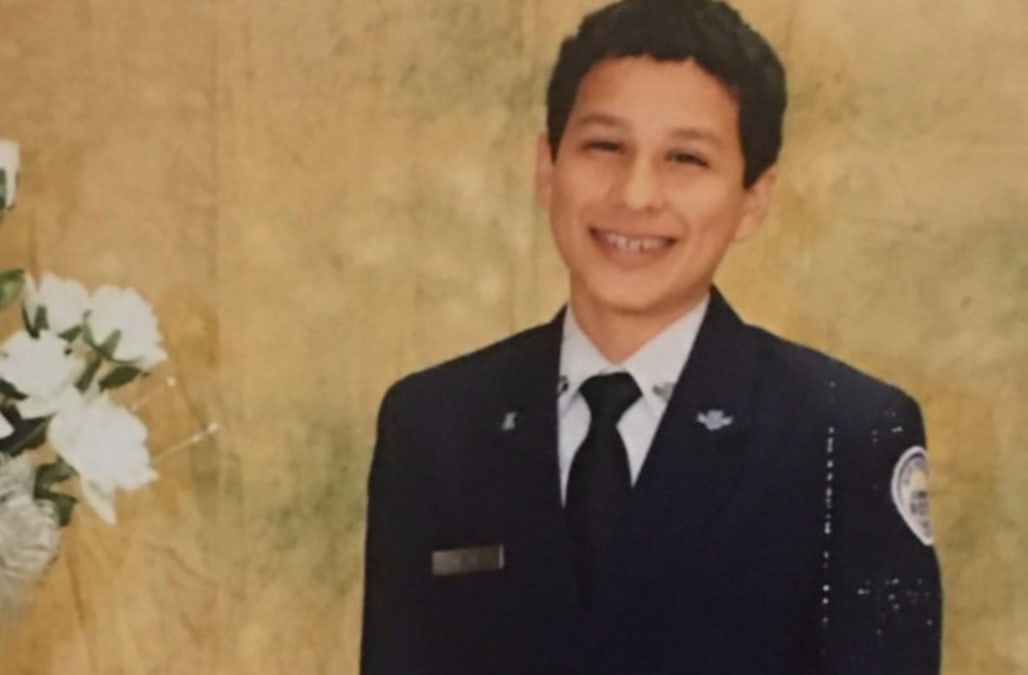 A Texas family is claiming their 15-year-old son is the latest victim of a deadly internet game dubbed the "Blue Whale Challenge," a macabre online game that has spread throughout social media, encouraging players to harm themselves and eventually commit suicide.

Angela and Jorge Gonzales are warning other parents to monitor their children's online activity after their son, Isaiah Gonzalez, was found hanging from his bedroom closet, next to a cellphone he left propped up to broadcast his suicide, according to KSAT.

Jorge Gonzalez said he believes his son's death is tied to the dangerous online spectacle, the Blue Whale Challenge.

According to his mother, the teenage boy had joined a social media group that assigned 50 daily tasks, which ranged from watching horror films to mutilating themselves, WOAI reported.

"It talks about satanic stuff and stuff like that and my son was never into that," the teen's father told the news station of the challenge.

"You have to carve a number into your arm, you have to cut yourself," the teen's older sister, Alexis Gonzalez, told WOAI, adding that players were sent threatening messages if they failed to complete the alleged tasks.

And the final task is suicide.

His father told KSAT that their son's suicide livestream was part of the challenge and that Isaiah had sent images of himself completing challenges to his friends prior to his death, but they thought nothing of it.

"We had no signs at all. Isaiah was Isaiah," Jorge Gonzales said.

San Antonio police told KSAT this is the first time they've heard of the challenge.

Now, Jorge Gonzalez is urging other parents to discuss the dangers of online challenges with their children.

"I want them to go through their phones, look at their social media," he told KSAT. "If they're on that challenge already, they can catch that from happening."

The game has started to gain international media coverage, although many regarded the challenge as a hoax.

However, the news prompted one school districted in Alabama to post a warning to its Facebook page about the dangers the alleged challenge poses.

"A very dangerous game called The Blue Whale Challenge (or the Blue Whale Game) has been brought to my attention by one of our social workers," the superintendent of Baldwin County Public Schools wrote in a public Facebook post earlier this year. "It is my understanding that this very dangerous game may have possibly already been introduced on two of our high school campuses. As shared with me by the social worker, this game or challenge began in Russia, and it is basically a challenge to harm yourself for fifty days, with the intention being to ultimately kill yourself on the fiftieth day."

The post went on to explain how teens participating in the challenge are instructed to tag their friends and classmates on social media and encourage them to play. Though some people claimed the challenge was a hoax, the district said the move was important to keep parents abreast to what their children may be discussing.