Russian lawyer who met with Trump Jr.: I didn’t have Clinton info they wanted

by KEIR SIMMONS and RACHEL ELBAUM 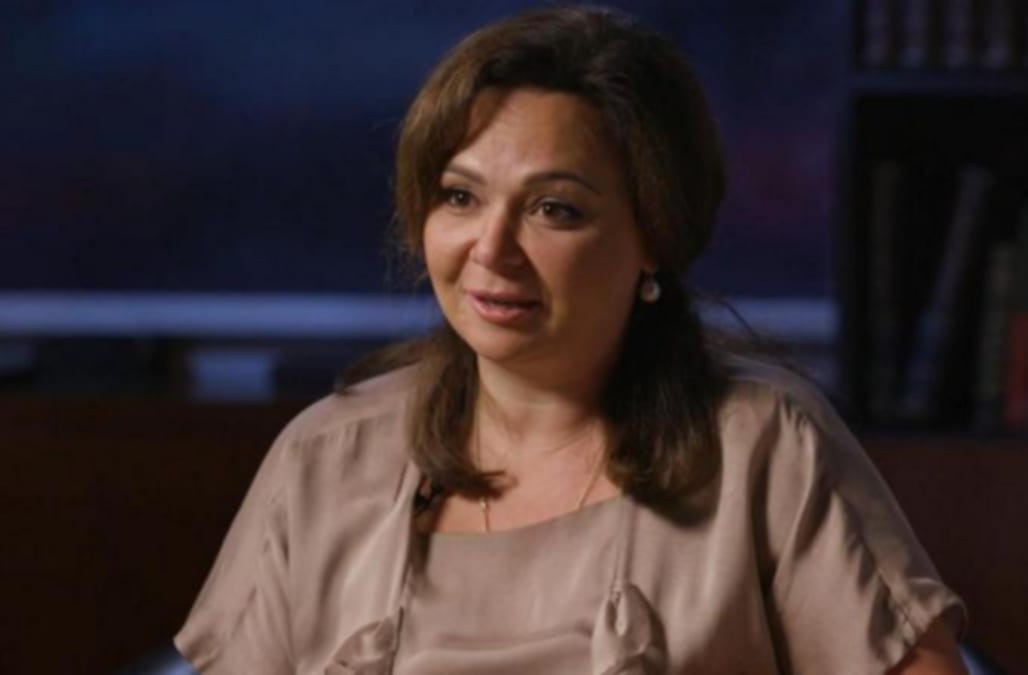 MOSCOW — The Russian lawyer who met with Donald Trump Jr. during the presidential campaign denied in an exclusive interview with NBC News that she had any connection to the Kremlin and insists she met with President Donald Trump's son to press her client's interest in the Magnitsky Act — not to hand over information about Hillary Clinton's campaign.

"I never had any damaging or sensitive information about Hillary Clinton. It was never my intention to have that," Natalia Veselnitskaya said.

When asked how Trump Jr. seemed to have the impression that she had information about the Democratic National Committee, she responded:

"It is quite possible that maybe they were longing for such an information. They wanted it so badly that they could only hear the thought that they wanted."

Trump Jr. has confirmed that the meeting occurred, saying in a statement to the New York Times that he attended "a short introductory meeting" with the lawyer, where the topic of conversation was primarily about adoption.

On Monday, Trump Jr. seemed to confirm that he had been offered information about Hillary or her campaign but insisted that nothing untoward in the meeting had occurred.

"Obviously I'm the first person on a campaign to ever take a meeting to hear info about an opponent... went nowhere but had to listen," he tweeted, seemingly sarcastic.

The New York Times on Monday reported that Trump Jr. was told in an email before the meeting that the information Veselnitskaya had was part of a Russian government effort to help his father's candidacy.

But Veselnitskaya flatly denied any connection to the Russian government.

Veselnitskaya explained how she had worked for years to question the case that prompted the U.S. to impose sanctions on Russian officials accused of human rights violations, known as the Magnitsky Act. These sanctions led the Kremlin to ban the adoption of Russian children by Americans at the end of 2012.

Part of the information she put together for her client included details about a company run by a former U.S. citizen. She believes this company didn't pay taxes in either Russia or the U.S. and may also have made donations to the DNC.

These details are what may have tweaked the interest of Trump's campaign, she said.

In the meeting, she explained how Trump Jr. asked her just one question.

"The question that I was asked was as follows: whether I had any financial records which might prove that the funds used to sponsor the DNC were coming from inappropriate sources."

Kremlin officials said on Monday that they were unaware of who the lawyer is.

In describing how the meeting came about, Veselnitskaya didn't name the person who set it up over the phone while she was in New York for work.

When she arrived at Trump Tower she was met by music publicist Rob Goldstone, who was involved in the Miss Universe pageant in Moscow in 2013. After entering a board room, she was introduced to Trump Jr.

She described how Trump Jr. ran the meeting, which she said lasted 20-30 minutes. Two other men who she never met by name were also in the room. She said she only realized three days who they were after seeing their photos in the news. Those men were Jared Kushner and Paul Manafort.

"I could recognize the young gentleman who was only present in the meeting for probably the first seven to 10 minutes, and then he stood up and left the room," she said. "It was Mr. Jared Kushner. And he never came back, by the way.

"And the other individual who was in the same meeting, but all the time he was looking at his phone. He was reading something. He never took any active part in the conversation. That was Mr. Manafort." Midway in the interview, she described Manafort as "absent-minded."

Trump Jr.'s newly appointed lawyer, Alan Futerfas, on Monday said "that Don Jr. had no knowledge as to what specific information, if any, would be discussed" in the meeting.

He called the reports "much ado about nothing," and noted that Veselnitskaya was not a government official and had not been a prosecutor since 2001.

Veselnitskaya described how difficult the past few days have been since the story broke.

"Imagine yourself in my shoes. One morning you wake up and all of a sudden you are the focus of all the high ranking, upstream media of the world," she said.

"To summarize, those were not the happiest days of my life, I have to say. I have to break up my holiday. I have to take a trip back to Moscow, because I just wanted to be able to answer the questions myself."