Putting the Trump-Russia timeline into perspective 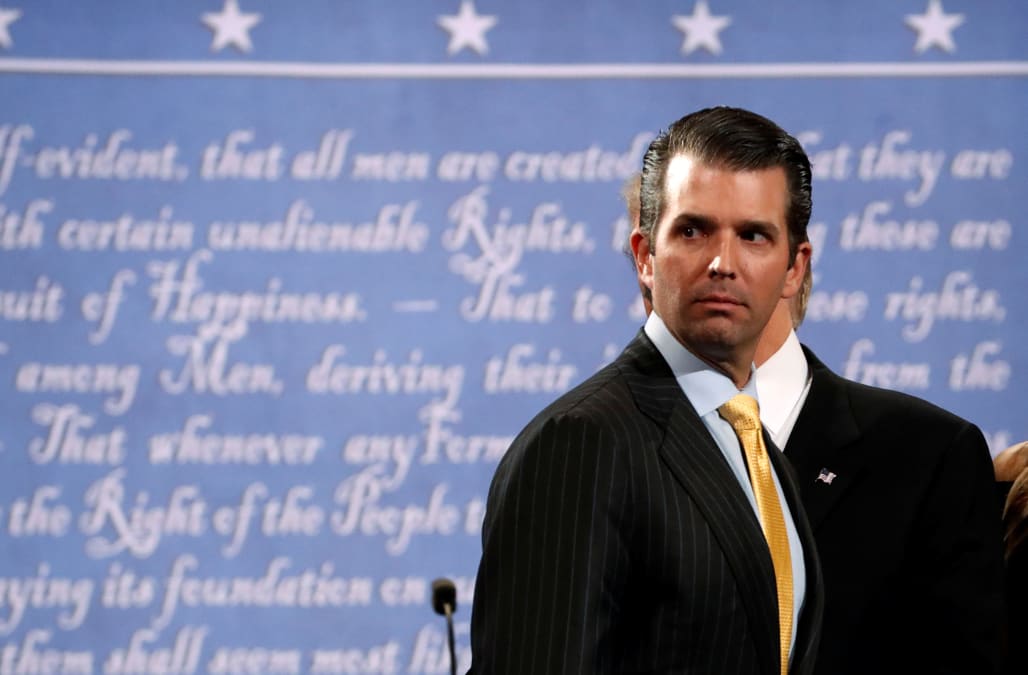 The bombshell New York Times report from Sunday afternoon might not be the smoking gun in the Trump-Russia 2016 story, but it sure looks close to one. According to the Times, President Trump's oldest son, Donald Trump Jr., met with a Kremlin-connected lawyer in June 2016 after being promised damaging information on Hillary Clinton — "the first public indication that at least some in the campaign were willing to accept Russian help."

To put this June 9, 2016 meeting into perspective, here's a handy timeline of what happened before and after the meeting:

Bottom line: This timeline of what now know is *circumstantial* evidence itself of some kind of relationship that the Trump campaign had with Russian sources. The question: What else is out there? Is this just the tip of the iceberg?

Pay attention to the sourcing of the New York Times story: It came from "three advisers to the White House"

By the way, maybe the most interesting Washington parlor game right now is trying to guess the sources for the New York Times story above. "President Trump's eldest son, Donald Trump Jr., was promised damaging information about Hillary Clinton before agreeing to meet with a Kremlin-connected Russian lawyer during the 2016 campaign, according to three advisers to the White House briefed on the meeting and two others with knowledge of it." (Emphasis is ours.) So it's coming from inside the White House – or from those who are advising it. Is this the beginning of every man and woman for themselves?

Here's how Russia helped Trump in the 2016 election

In the last few days, President Trump has 1) downplayed Russia's interference in the 2016 election, 2) criticized Barack Obama for not acting on that interference, 3) knocked U.S. intelligence officials, and 4) declared that it's "time to move forward in working constructively with Russia." And to top it off, It all raises the question: So what, exactly, did Russia do in the 2016 election? Here is what the U.S. intelligence community publicly revealed six months ago:

It stole Democrats' emails and gave them to WikiLeaks to be released: "We assess with high confidence that the GRU [Russia's intelligence agency] relayed material it acquired from the DNC and senior Democratic officials to WikiLeaks. Moscow most likely chose WikiLeaks because of its self-proclaimed reputation for authenticity. Disclosures through WikiLeaks did not contain any evident forgeries."

It didn't do the same for Republican/Trump emails: "Russia collected on some Republican-affiliated targets but did not conduct a comparable disclosure campaign."

Its state-run media outlets portrayed Trump as a victim and constantly attacked Clinton: "RT and Sputnik ... consistently cast President-elect Trump as the target of unfair coverage from traditional US media outlets that they claimed were subservient to a corrupt political establishment... RT's coverage of Secretary Clinton throughout the US presidential campaign was consistently negative and focused on her leaked e-mails and accused her of corruption, poor physical and mental health, and ties to Islamic extremism."

Assuming Clinton was going to win, it tried to cast doubt on integrity of the U.S. election: "Before the election, Russian diplomats had publicly denounced the US electoral process and were prepared to publicly call into question the validity of the results. Pro-Kremlin bloggers had prepared a Twitter campaign, #DemocracyRIP, on election night in anticipation of Secretary Clinton's victory, judging from their social media activity."

And it will probably do this all again in future elections: "We assess Moscow will apply lessons learned from its campaign aimed at the US presidential election to future influence efforts in the United States and worldwide, including against US allies and their election processes."