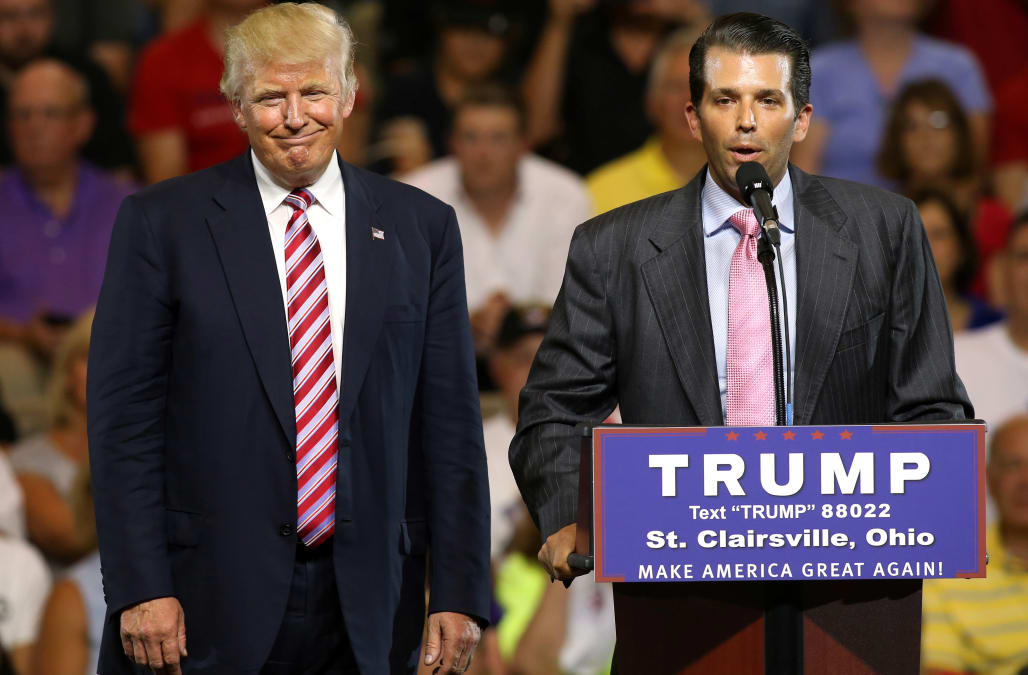 WASHINGTON, July 11 (Reuters) - President Donald Trump called his eldest son, Donald TrumpJr., a "high-quality person" on Tuesday after disclosures about the latter's meeting last year with a woman he was told was a Russian government lawyer who might have information incriminatingTrump's Democratic rival, Hillary Clinton.

"My son is a high-quality person and I applaud his transparency," Trump said in a brief statement read to reporters by White House spokeswoman Sarah Sanders.

Sanders told reporters that all other questions on the matter should be referred to either his son's lawyer or the president's outside counsel.

Earlier on Tuesday, Donald Trump Jr. posted on Twitter a chain of emails between himself and Rob Goldstone, a publicist who helped to arrange the June 9, 2016, meeting with Natalia Veselnitskaya, who says she is a private lawyer and denies having Kremlin ties.

"If it's what you say I love it especially later in the summer," Trump Jr. replied in the email exchange after Goldstone said the information offered was "part of Russia and its government's support for Mr. Trump."

Here's my statement and the full email chain pic.twitter.com/x050r5n5LQ

Here is page 4 (which did not post due to space constraints). pic.twitter.com/z1Xi4nr2gq

The disclosures could provide ammunition for U.S. investigators probing whether there was collusion between the Kremlin and Trump's Republican presidential campaign. U.S. intelligence agencies have concluded that Moscow sought to hurt Clinton and help Trump in the 2016 presidential election.

Sanders said Trump was "frustrated" by the focus on Russia.

"The president is, I would say, frustrated with the process of the fact that this continues to be an issue, and he would love for us to be focused on things like ... the economy, on health care, on tax reform, on infrastructure," Sanders said.

Asked about the fact that the words "perjury" and "treason" were now being used in the public conversation about the Trump campaign's contacts with Russians, Sanders said, "I think those new words are ridiculous."