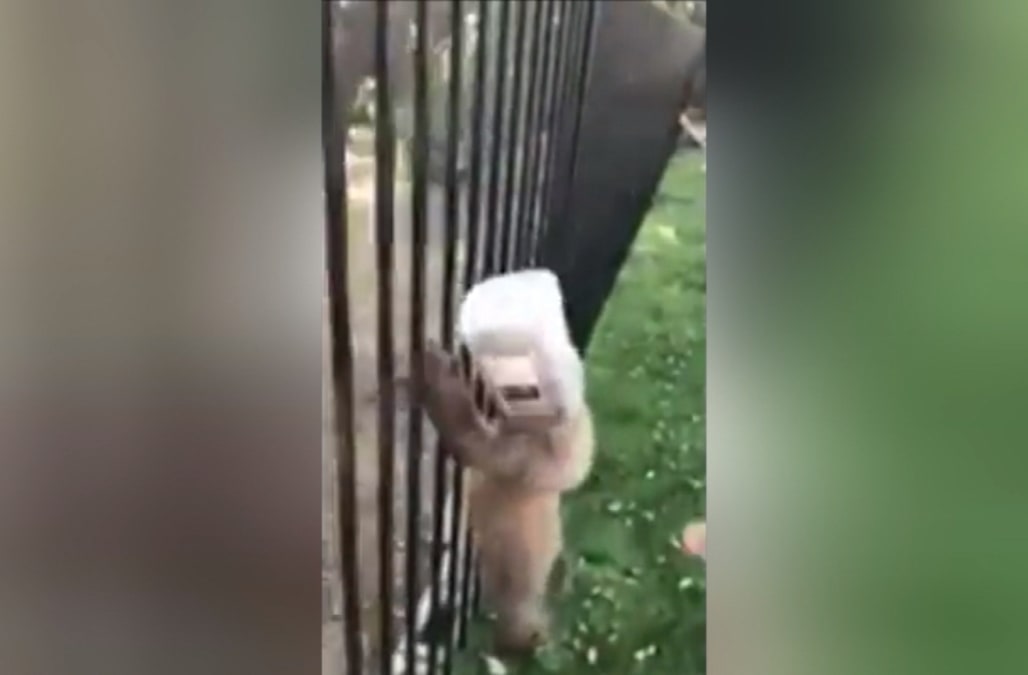 California cops went above the call of duty as they helped free a baby bear with his head stuck in a jar.

It's not clear whether the bear was fishing for honey when it got itself stuck, but it was captured on video trying to climb a fence with the jug secured tightly on its head.

Officers from the La Verne Police Department were able to remove the jar after cutting it open while holding the bear down.

Read: Cops Rescue Bear Cub After It Got Stuck in Netting, Prompting Warning From Police

The animal did not appear interested in showing gratitude to his rescuers, sprinting off as soon as the jug was removed.

He appeared unharmed as he ran away into the nearby woods.

Watch: Woman Talk to Bear Who Snuck Into Her Garage to Eat Dog Food