Pence distances himself from latest Russia bombshell, saying Trump Jr. meeting was 'before he joined the campaign' 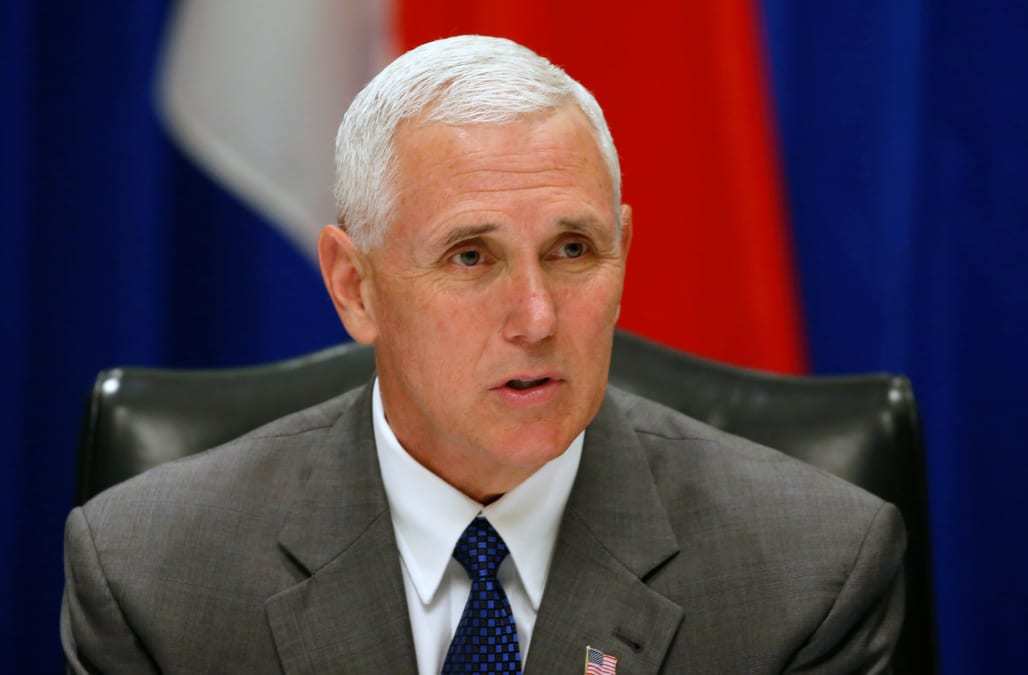 Vice President Mike Pence distanced himself from the latest Russia-related controversy on Tuesday after Donald Trump Jr. tweeted emails showing him setting up a meeting with a Russian lawyer who he thought had damaging information on Hillary Clinton.

Trump Jr. reportedly set up the June 2016 meeting at Trump Tower at the behest of Rob Goldstone, a music publicist for a Russian pop star with connections to Trump. In emails, Goldstone told Trump Jr. that a woman whom he identifies as a "Russian government attorney" would like to share some information about Clinton as "part of Russia and its government's support for Mr. Trump."

A statement from Pence's press secretary noted that the meeting happened before he was named as then-Republican presidential nominee Donald Trump's running mate in July.

"The vice president is working every day to advance the president's agenda," Marc Lotter, Pence's press secretary, said in a statement. "He was not aware of the meeting. He is also not focused on stories about the campaign — especially those pertaining to the time before he joined the campaign."

Trump Jr. said Sunday that the meeting was set up on the premise that the Russian lawyer, Natalia Veselnitskaya, would provide damaging information on Clinton, but said that material was never presented. Instead, in what he said was a roughly 30-minute meeting, Veselnitskaya pivoted to discussing the Magnitsky Act, a US law blacklisting Russians accused of human rights abuses that so enraged Putin that he retaliated by barring US citizens from adopting Russian children.

"Obviously I'm the first person on a campaign to ever take a meeting to hear info about an opponent," Trump Jr. tweeted Monday. "Went nowhere but had to listen."