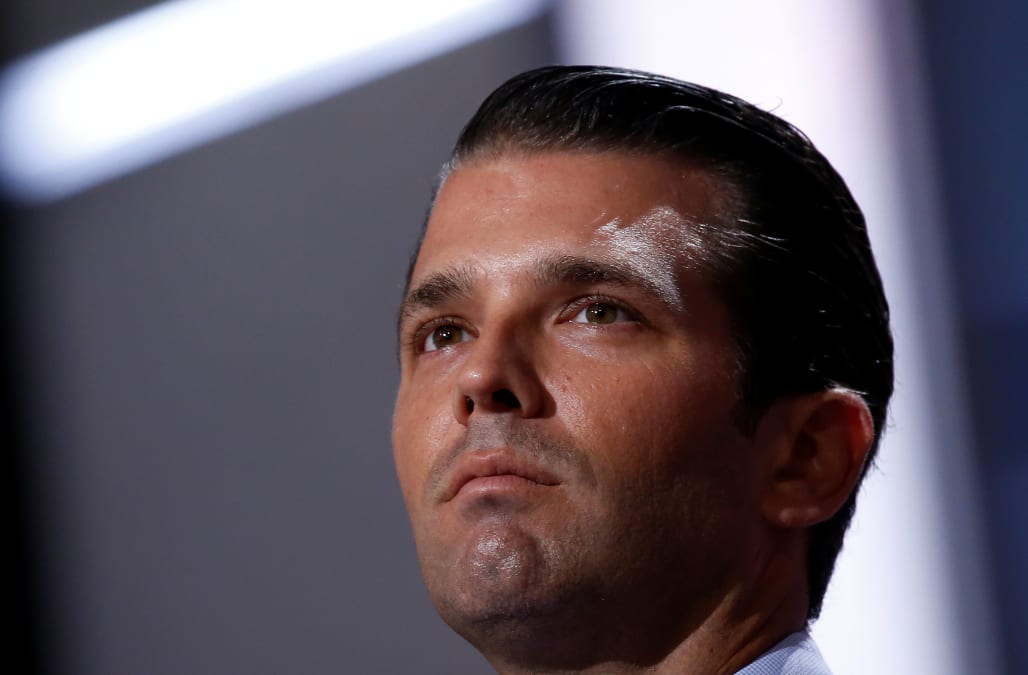 Political pundits and lawmakers alike were quick to sound off on Tuesday after emails between Donald Trump Jr. and a former Russian businessman were made public, detailing his contact with a Russian official offering damming information on Hillary Clinton.

The New York Times broke this latest update on a June 2016 meeting between President Trump's eldest son and Russian lawyer Natalia Veselnitskaya -- and Donald Trump Jr. was quick to post the emails to Twitter himself after learning of the story.

Click through to see the varied hot takes that emerged in the wake of Donald Trump Jr.'s emails:

House Minority Leader Nancy Pelosi was quick to release a statement on the latest update, saying "Donald Trump's son and aides met with a Russian agent to influence our election."

.@realDonaldTrump’s son & aides met w/ Russian agent to influence our election. That is a fact. #ProtectOurDemocracyhttps://t.co/c5U84GvfNgpic.twitter.com/pSHurWhMtc

"There's no escaping it: the Trump Campaign's inner circle met with an agent of a hostile foreign power to influence the outcome of an American election," Pelosi's statement reads. "The American people face a White House riddled with shadowy Russian connections and desperate to hide the truth."

Republican Sen. Lindsey Graham also sounded off on the emails, saying anytime you get an offer from a foreign government to help aid your campaign, the answer is "no."

"I don't know what Mr. Trump Jr.'s version of the facts are," Sen. Graham said to reporters on Tuesday. "He definitely has to testify. That email is disturbing."

Former U.S. Attorney Preet Bharara, who was one of 46 U.S. attorneys asked by the Trump administration to resign, also sounded off on the published correspondence.

Quick reminder: something doesn't have to be illegal for it to be foolish, wrong and un-American. @DonaldJTrumpJrhttps://t.co/nnWxmryCKV

"Quick reminder: something doesn't have to be illegal for it to be foolish, wrong and un-American," Bharara wrote.

CNN's Jake Tapper also sounded off on the email chain, saying "On its face, this email chain is proof of a willingness expressed by Donald Trump Jr. to collude with Russia."

What you need to know about Donald Trump Jr.: