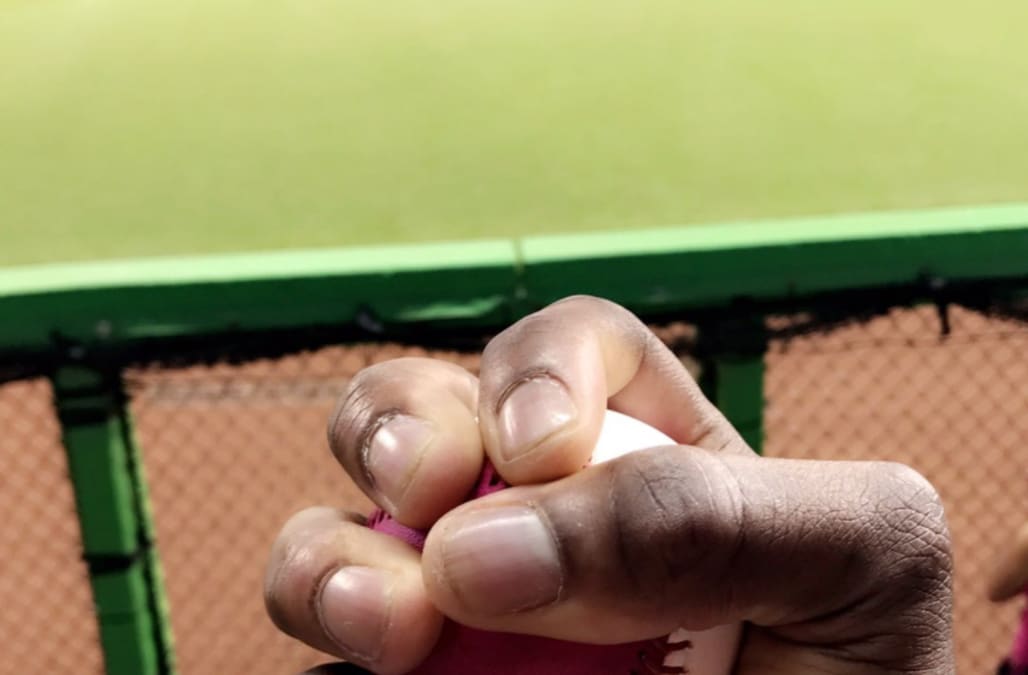 Joel Embiid is a large person with some big hands as evidenced by what happened at Major League Baseball's Home Run Derby.

Embiid was in Miami on Monday night for the Home Run Derby, sitting in the outfield seats. While out there, he somehow ended up with a pair of baseballs.

While that is interesting in and of itself, what is especially notable is how small the baseball's look in his hands.

And I got a ball #HomeRunDerby2017pic.twitter.com/0kRHS7zLVp

Embiid is 7-foot-0 and has a 7-foot-5 wingspan. Presumably, those arms come with big hands.

Here is video of Embiid ending up with the first ball.

.@JoelEmbiid ends up with TWO @TMobile#HRDerby balls after camping out in left field. https://t.co/i13UPEUhYIpic.twitter.com/YNIwnEYwfU

He later caught a second baseball, and the balls don't look any bigger.

And I keep on collecting Balls... #HomeRunDerbypic.twitter.com/7v0DG0drJO

NOW WATCH: Where this 12-time Olympic medalist stores all of her medals

Related: See the biggest moves made so far this NBA offseason: