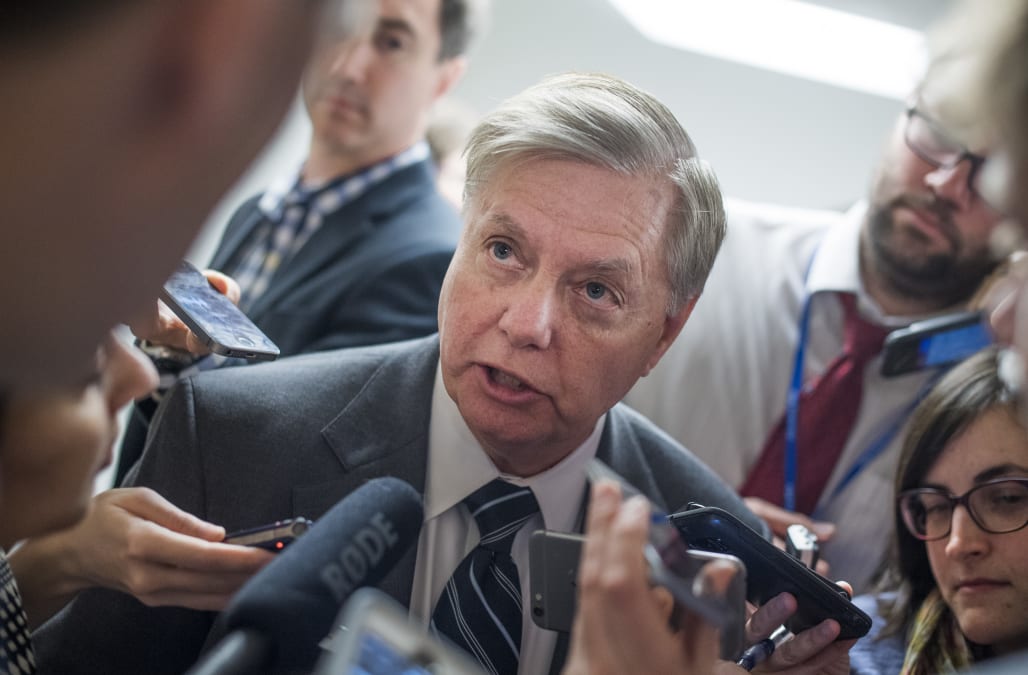 "I don't know what Mr. Trump Jr.'s version of the facts are. Definitely — he has to testify. That email is disturbing," Graham said speaking to reporters. "Anytime you're in a campaign and you get an offer from a foreign government to help your campaign, the answer is no."

On Tuesday Trump Jr. tweeted an email chain between him and publicist Rob Goldstone which shows the president's son being promised incriminating information on Democratic presidential candidate Hillary Clinton which was "part of Russia and its government's support for Mr. Trump."

Trump Jr. replied in part, "If it's what you say I love it."

However, the South Carolina senator added, "I don't know why they would pick somebody for him to meet with that didn't have any information about the Clinton campaign."

"But on its face, this is very problematic. We cannot allow foreign governments to reach out to anybody's campaign and say we'd like to help you. That is a nonstarter."

"But this is going to require a lot of questions to be asked and answered," Graham said.

Watch the clip below:

More from AOL.com:
Trump backtracks on cyber unit with Russia after harsh criticism
'You can ask him': Top administration officials get grilled over Trump's confusing answers on Russia
Sebastian Gorka: Trump Jr. meeting with Russian lawyer was 'standard political practice'