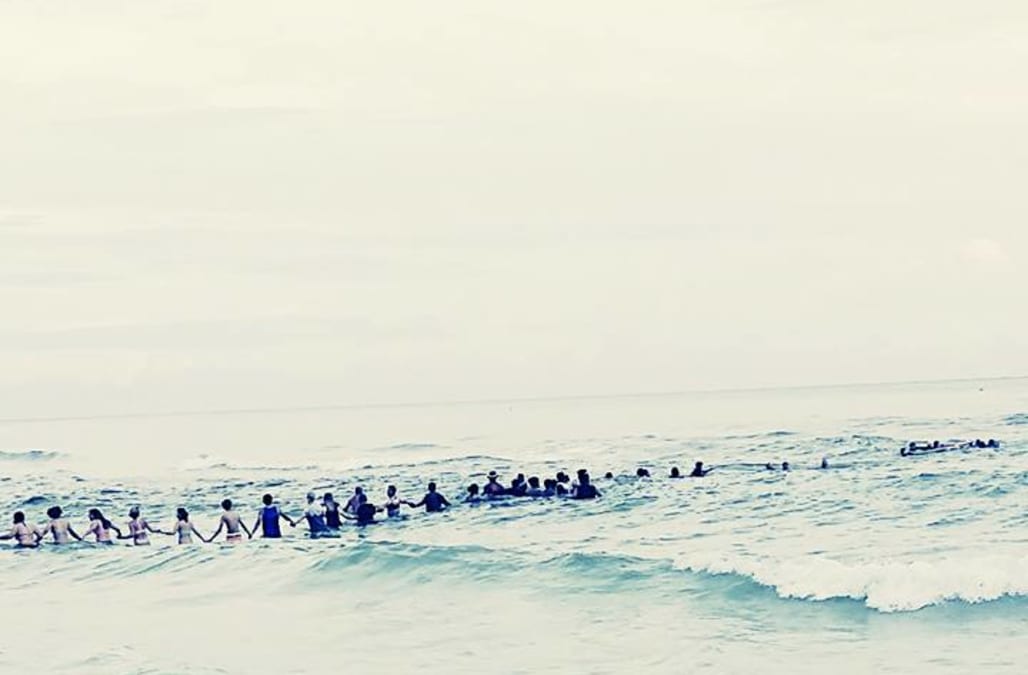 Strangers on a Florida Panhandle beach banded together Saturday to rescue a family from drowning.

Roberta Ursrey and her family were spending the day at the Panama City Beach when she saw that her sons had drifted too far from the shore, The Panama City News Herald reported. After she heard her children scream, she and other members of the family swam to save them but ended up trapped in a riptide that pulled them even further from the shore.

See photos of the 80-person chain

Beachgoers form 80-person human chain to save family
Up Next

According to the local outlet, there were nine relatives in total that had been caught in 15 feet of rushing water.

"I honestly thought I was going to lose my family that day," Ursrey told the outlet. "It was like, 'Oh God, this is how I'm going.'"

That was when another beachgoer, Jessica Simmons, spotted the family stranded in the water and realized they were drowning. Simmons told AP it was at that point that she jumped on a boogie board and began swimming towards Ursrey's family.

"These people are not drowning today," Simmons recalled saying to herself. "It's not happening. We are going to get them out."

While Simmons braved the waters to help Ursrey's family, her husband and others banded together to form an 80-person human chain to rescue the family.

Starting with the children, the rescuers towed the family to the human chain and pulled them to shore, the newspaper reported.

"I am so grateful," Ursrey told The Panama City News Herald. "These people were God's angels that were in the right place at the right time. I owe my life and my family's life to them. Without them, we wouldn't be here."