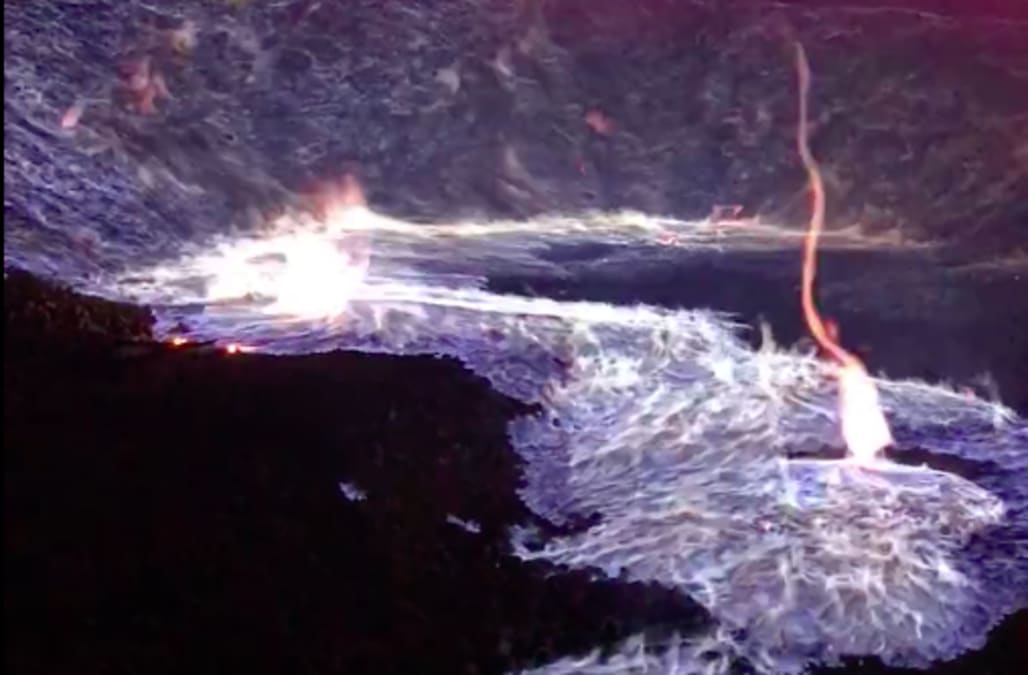 The Worland Volunteer Fire Department responded to a mysterious fire at a recycling plant in Worland, Wyoming, on July 7 -- and the footage is downright otherworldly.

"WFD was called to Smet Recycling on HWY 20 North for a report of an unknown type of fire," the department wrote on Facebook. "Upon arrival we found that the fire was a sulfur mound that had been ignited."

The incredible video has racked up 2.4 million views and over 45,000 shares since it was shared on July 8.

The magnificent spectacle was apparently caused after a motorcycle's hot exhaust pipe accidentally ignited a sulfur mound that was leftover by a sulfur plant that operated north of Smet Recycling in the 1950s.

But although the electric purple flames may be gorgeous, the fire department warned that this type of fire can be extremely hazardous.

To make matters worse, the fire was burning in a "bowl shaped area, allowing all runoff to be collected in the fire area," the department said.

Thankfully, firefighters were able to act quickly to extinguish the flames before it could spread further.

No one was reportedly injured in the blaze.

More from AOL.com:
A 5.8 magnitude earthquake in Montana caused everyone to freak out about the Yellowstone supervolcano
Climate change could get you kicked off of your next flight
Earth faces 'biological annihilation' as scientists warn of sixth mass extinction