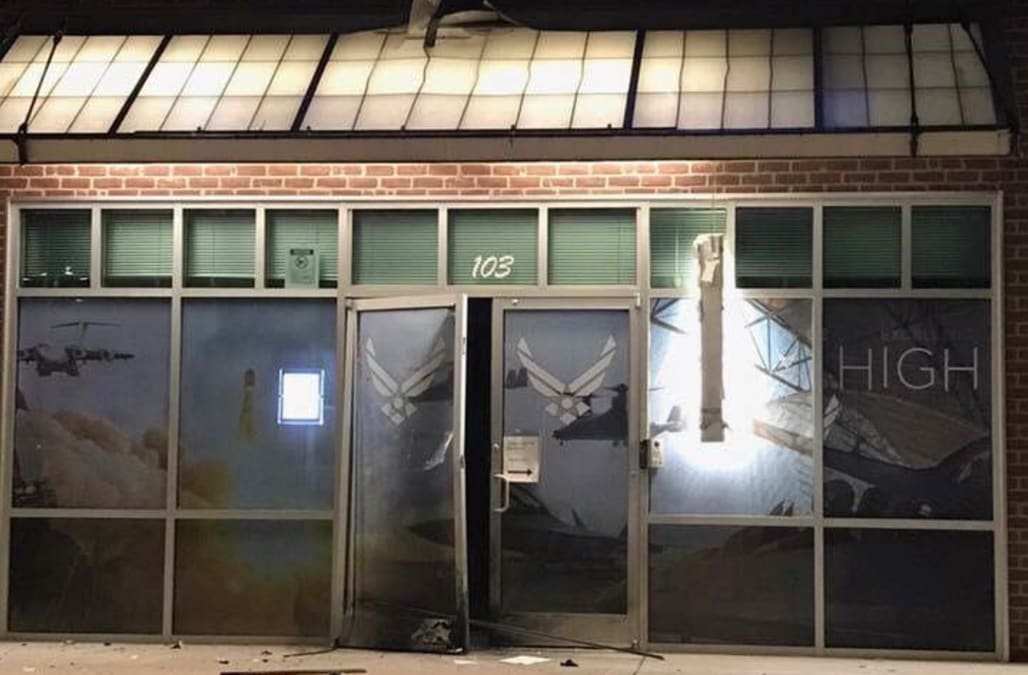 The FBI is investigating an explosion outside of an Oklahoma Air Force recruiting center on Monday night as possible domestic terrorism, according to the Associated Press.

According to police for the city of Bixby, the explosive device in question was detonated at 10:30 p.m. Monday evening. An agent for the Federal Bureau of Investigation said nobody was injured and the recruiting center was closed at the time of the explosion.

Thanks to Dakota Whitworth for these pics. This was before police arrived at scene. pic.twitter.com/J9MhFlEppG

A special agent for the Bureau of Alcohol, Tobacco, Firearms and Explosives confirmed that law enforcement is investigating the explosion as a possible act of domestic terrorism.

More from Mic.com:
Hackers have been targeting US nuclear power facilities since May, according to new report
Man arrested for allegedly threatening to kill Republican Sen. Joni Ernst
In Poland, teleprompter Trump and unscripted Trump looked like 2 totally different people