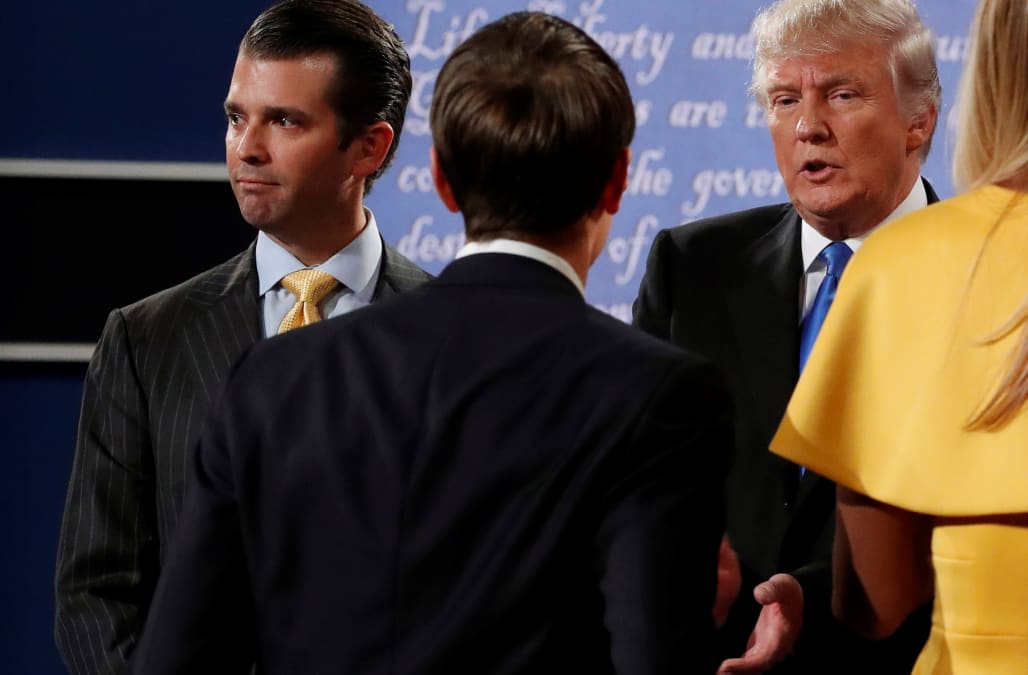 On Tuesday, Donald Trump Jr. published what he said is the full email chain between himself and Rob Goldstone, the music publicist who arranged a June 2016 meeting among Trump Jr., his brother-in-law Jared Kushner, then-Trump campaign manager Paul Manafort, and a Russian attorney with ties to the Kremlin.

But the correspondence also raises new questions about past statements Trump Jr. made about the meeting — and how deeply Kushner and Manafort were involved.

When The New York Times reported over the weekend that Trump Jr. met with the lawyer, Natalia Veselnitskaya, to accrue information that could hurt Clinton's candidacy, he said in a statement that he had asked Kushner and Manafort to attend, "but told them nothing of the substance."

However, Kushner and Manafort are copied on the email thread Trump posted to Twitter on Tuesday. The emails also seem to validate reports that Trump Jr. was told the meeting with Veselnitskaya was part of the Russian government's efforts to prop up Trump's candidacy.

These latest revelations about Trump Jr. have reignited the question of whether the Trump campaign colluded with Russia during the 2016 election in an effort to win the presidency. The campaign is currently under multiple congressional investigations, as well as an FBI counterintelligence investigation.

Trump Jr. posted the emails to Twitter on Tuesday after he was told the Times had obtained them and was going to publish them. He also hired a lawyer this week to represent him in any ongoing Russia-related inquiries.

Read the full thread below: SEE ALSO: 'They wanted it so badly': The Russian lawyer who met with Trump Jr. denies having information on Hillary Clinton