Donald Trump Jr. lashes out over NYT Russia story: 'This nonsense meeting is all they have' 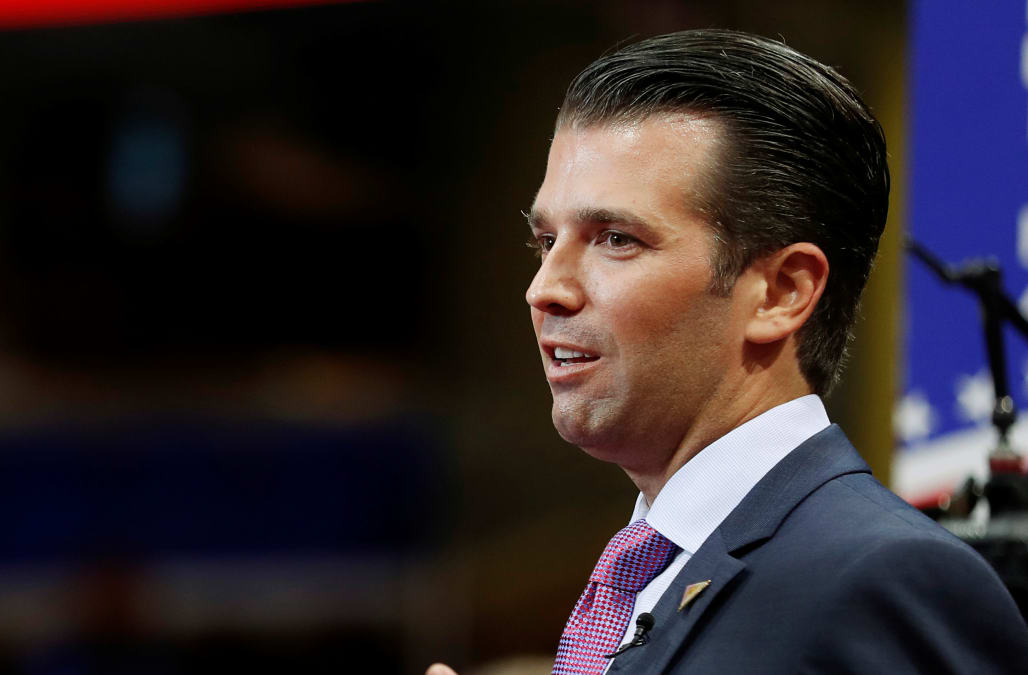 President Trump's son Donald Trump Jr. continues to downplay his early June 2016 meeting with a Russian, Kremlin-associated lawyer who allegedly promised to give him harmful details about Hillary Clinton.

He tweeted on Tuesday, "Media & Dems are extremely invested in the Russia story. If this nonsense meeting is all they have after a yr, I understand the desperation!"

Media & Dems are extremely invested in the Russia story. If this nonsense meeting is all they have after a yr, I understand the desperation!

Just one day prior he said via Twitter, "Obviously I'm the first person on a campaign to ever take a meeting to hear info about an opponent...went nowhere but had to listen."

His comments follow a series of New York Times' reports about that meeting, which the media outlet says was also attended by President Trump's son-in-law Jared Kushner and then-campaign manager Paul Manafort.

Donald Trump Jr., who was working with his father's campaign at the time, said in a statement, "After pleasantries were exchanged...the woman stated that she had information that individuals connected to Russia were funding the Democratic National Committee and supporting Mrs. Clinton. Her statements were vague, ambiguous and made no sense. No details or supporting information was provided or even offered. It quickly became clear that she had no meaningful information."

The lawyer, Natalia Veselnitskaya, released a statement as well, saying that nothing campaign-related was discussed.

According to the New York Times, an email sent to Donald Trump Jr. in advance of the meeting suggests otherwise.

It reported late on Monday that he, "was informed in an email that the material was part of a Russian government effort to aid his father's candidacy, according to three people with knowledge of the email."

More from AOL.com:
Donald Trump Jr.: I 'had to listen' to Russian lawyer who promised dirt on Clinton
Donald Trump Jr. one-ups his dad with new Instagram that shows the president shooting down 'CNN'
Donald Trump Jr.'s lawyer has experience with the mob and music