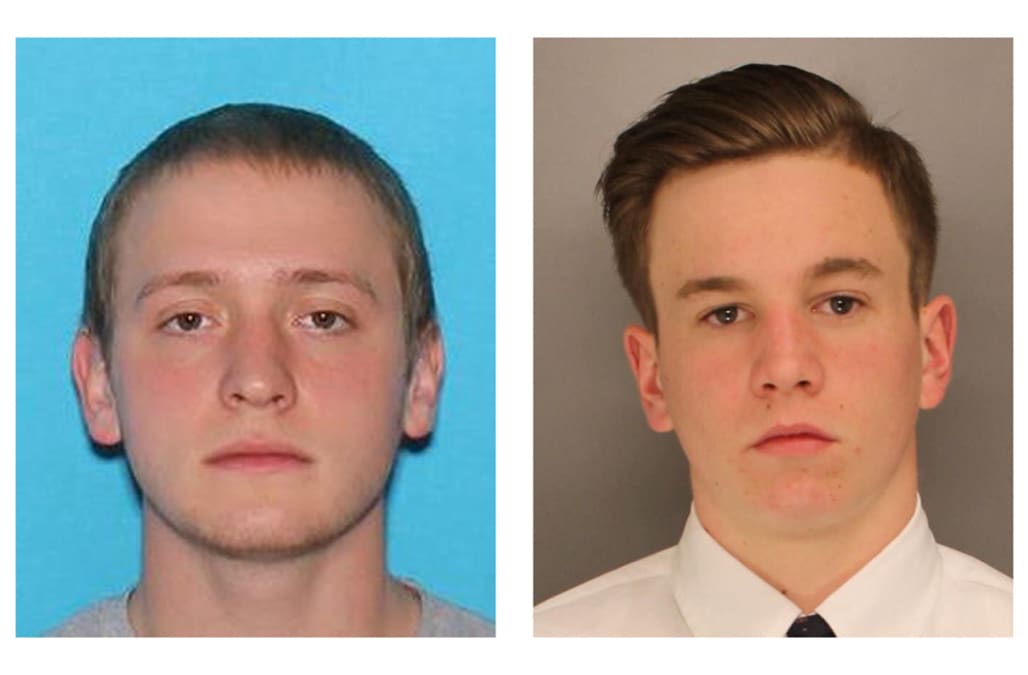 Is there a link between a detained 20-year-old person of interest and the four young men who have mysteriously vanished within days of each other?

Police, who are scouring Bucks County, Pa., for any sign of the men, are saying that they now suspect foul play in the eerie disappearances.

The mystery began when a 19-year-old college student, Jimi Patrick, was reported missing last Wednesday. Two days later, Dean Finocchiaro, 18, got into a friend's car and hasn't been seen since.

The next day, 22-year-old Mark Sturgis and his buddy Tom Meo, 21, failed to show up at their construction jobs.

A ping from Finocchiaro's cellphone led cops to a farm. A car belonging to Meo was reportedly found hidden in a shack just off the property.

Read: Body of Missing Boy, 5, Turns Up Near Lake Months After Father Was Found Passed Out In His Car

Cosmo DiNardo, whose father owns the farm, has been arrested on an unrelated gun charge. Cops are considering him a person of interest in the case, and he is now being held on $1 million bail.

In an affidavit police say Cosmo DiNardo was "known to be suffering from mental illness."

DiNardo is also a Facebook friend of Patrick, one of the missing men.

Watch: 4 Young Men Who All Knew Each Other Disappear Within a Week