A picture and its story: Capturing the nine-month battle for Mosul 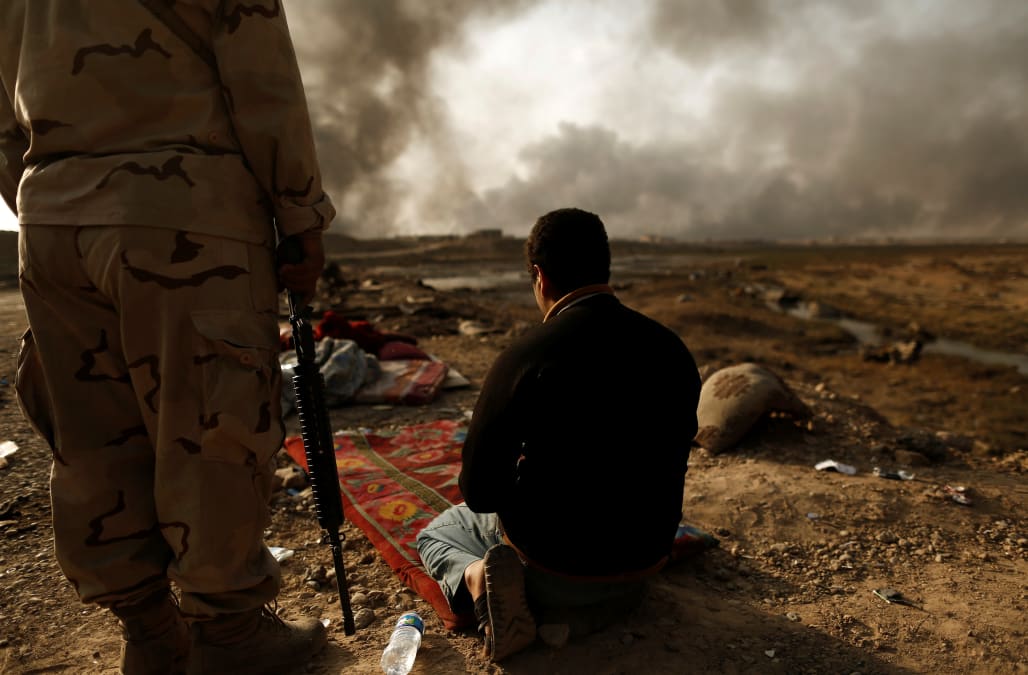 MOSUL, Iraq (Reuters) - A screaming father running down a rubble-strewn street in Mosul carrying his distressed daughter was one of the most powerful Reuters images taken during the Iraqi-led assault to remove Islamic State from its stronghold.

The nine-month offensive to recapture the northern city began in October, with thousands killed or displaced before Iraqi Prime Minister Haider al-Abadi declared victory on Monday, three years after the militants seized the city.

Reuters has re-released a selection of pictures from the offensive along with our photographers' accounts of the events behind them.

33 PHOTOS
A timeline of the battle for Mosul
See Gallery

As U.S.-led coalition air strikes hit the Tahrir district of eastern Mosul in November, Reuters photographer Goran Tomasevic was on the streets and captured the panic from one strike that sent civilians fleeing for safety.

"It was close and total panic ensued. People were screaming, ducking and running away," he said.

The air strikes aided the 100,000-strong alliance of Iraqi government units, Kurdish Peshmerga fighters and Shi'ite militias who made ground against the militants, some of whom were manhandled when found hiding among civilians.

Reuters photographer Alaa Al-Marjani captured the moment one suspect was "tossed into the bed of the pickup truck" in February during patrols in the west of the city.

Other militants were shot on site. Tomasevic photographed over the shoulder of one Iraqi special forces soldier as he fired on an Islamic State suicide bomber in March.

"I took the picture seconds later standing just behind the shooter in silhouette, with the suicide bomber visible through a shell hole in the house wall, dead on the ground in a spreading pool of blood," he said.

The pain of the thousands of displaced families was captured by Zohra Bensemra, who photographed a fatigued 90-year-old woman in western Mosul, barely able to stand as she made her way to the Iraqi security forces area.

"I felt bad because I could not do anything else for her apart from photographing her to show the world what physical and mental state the people who flee Mosul are in, Bensemra said.

Other images showcase the relief and celebration among Iraqis, with Suhaib Salem photographing a smiling man having his beard shaved in March outside Hamam al-Alil camp after being forced to grow it long by Islamic State.

More from AOL.com:
ISIS holds little more than the length of a few football fields in Iraq's second-largest city
Milwaukee man shot by ISIS while trying to save Iraqi citizens in Mosul
Educated in terror: Deprogramming the children ISIS taught to kill