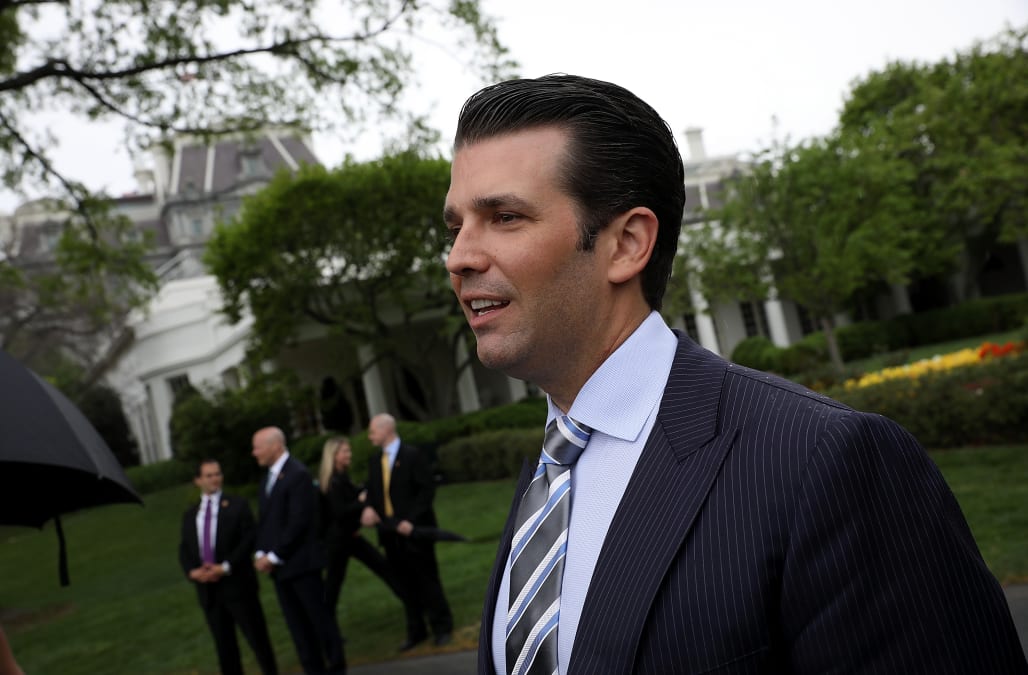 WASHINGTON, July 10 (Reuters) - U.S. President Donald Trump's eldest son on Monday offered to talk to a Senate committee investigating alleged Russian interference in the 2016 presidential election, after he acknowledged meeting a Russian lawyer during the campaign.

"Happy to work with the committee to pass on what I know," Donald Trump Jr. wrote on Twitter.

Trump Jr., as well as two other close associates of Trump, met with the lawyer, Natalia Veselnitskaya, in June 2016 at Trump Tower in New York.

The younger Trump has said he agreed to meet the lawyer, who the New York Times described as having links to the Kremlin, after being promised damaging information about Democratic presidential candidate Hillary Clinton.

Congressional committees and a special counsel, Robert Mueller, are investigating whether Russia interfered in the election and colluded with the Trump campaign. Moscow denies the allegations, and Trump says there was no collusion.

Earlier on Monday, a Republican member of the U.S. Senate Intelligence Committee called on Donald Trump Jr. to testify to the panel.

"Our intelligence committee needs to interview him and others who attended the meeting," Senator Susan Collins told reporters at the U.S. Capitol.

Aides to leaders of the Senate and House intelligence committees declined to comment about whether Donald Trump Jr. would be called to testify.

Allegations of the Trump campaign's ties to Russia have cast a shadow over the Republican president's first months in office.

White House spokeswoman Sarah Sanders said on Monday there was nothing inappropriate about the meeting with lawyer Veselnitskaya.

In Moscow, Kremlin spokesman Dmitry Peskov told reporters on Monday the Kremlin did not know the identity of the Russian lawyer.

"No, we don't know who it is and, certainly, we cannot track down all movements of all Russian lawyers both within Russia and abroad," Peskov said.

A publicist who arranged the meeting with the lawyer last year said he did so at the request of singer and businessman Emin Agalarov, a Moscow-based client of his. (Reporting by Patricia Zengerle; Writing by Alistair Bell; Editing by Jonathan Oatis)

More from AOL.com:
President Trump says 'Nobody really knows' if Russia interfered in 2016 election
Trump backtracks on cyber unit with Russia after harsh criticism
Trump's campaign team met with a Russian lawyer believed to work 'at the behest' of the Kremlin