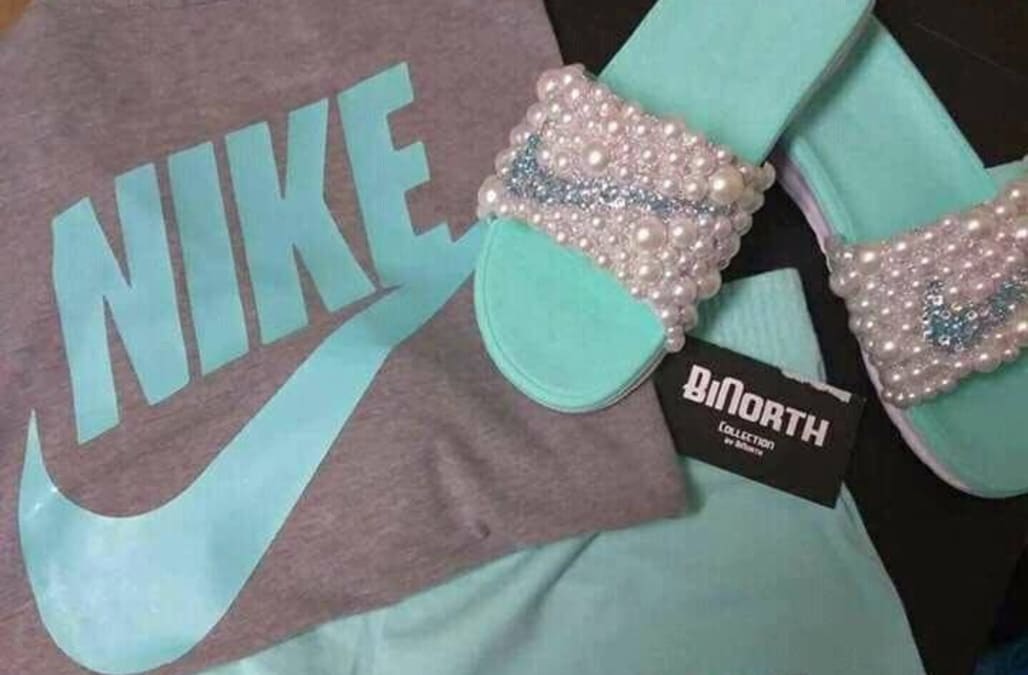 Two years after agony flooded many timelines over "the Dress" -- colloquially dubbed Dressgate or #TheDress -- a new outfit has emerged for its 15 minutes of viral fame.

No one can seem to agree on the colors of a Nike outfit twitter user @RafaellaWaldorf first posted on June 27.

If you're worried about a little extra tummy peeking out from your jeans, opt for a high-waisted pair that will skim over any worrisome areas. Claudia Schiffer pairs hers with a plaid shirt for a casual look.

For thighs that appear smaller than they are, choose a pair of wide leg trousers that draw attention downward, like Jennifer Hudson's sleek pair.

Pick a short dress in a solid color like Selena Gomez's here, to appear longer.

For a long-stemmed look, pair nude pumps with bare legs to make them seem like they go on for miles. Choose a pair that matches your skin tone - a classic trick of the eye!

A pair of plain, non-distressed, good ol' denim streamlines just about everything and won't draw attention to any insecurities. Reese Witherspoon knows what we're talking about!

Lauren Conrad must know that a classic cat-eye is the surest way to open up eyes and make them appear bigger than they are.

Kim Kardashian is the queen of contouring, which is what cheekbones are all about. Use a contouring brush to sweep bronzer in the hollows of your cheeks, along your hair line, and over the bridge of your nose. Voila - instant cheekbones!

For a smaller-looking bust-line, wear a scoop-neck top like Sofia Vergara's. It draws attention upwards!

Stars like Kaley Cuoco have admitted to learning this trick in the makeup artist's chair! Apply foundation one shade darker than you would normally wear to both sides of your nose and blends towards cheekbones. Then apply a highlighter to the bridge, which is the thinnest part of the nose, for an all-around slimmer look!

"It's pink with white, but the light from the photo leaves the shorts half green / blue, I do not know," she captioned the eye-crossing photo of a Nike tank top, shorts and pools slides.

The photo picked up steam a few weeks later after Rachel Stewart from Nottingham, England, posted the photo to Facebook, this time with the caption: "Here we go again! What two colors do you see?"

"Dunno how others see anything other than pink and white?" she added.

The photo was subsequently picked up by the Australian site MYGC, and, as of Monday, the original post has been shared over a thousand times.

Some are claiming they see turquoise and grey, others green and grey, and some think the clothing's colors are pink and white.

BuzzFeed even polled readers on the topic, which resulted in 93 percent of their participants (roughly 575,000 people) saying they saw grey and teal, 4 percent (roughly 26,000 people) who said they saw pink and white, and the remaining 3 percent who claimed to see another crazy combo.

The clothing retailer eventually came forward to set the record straight, but the debate continues.